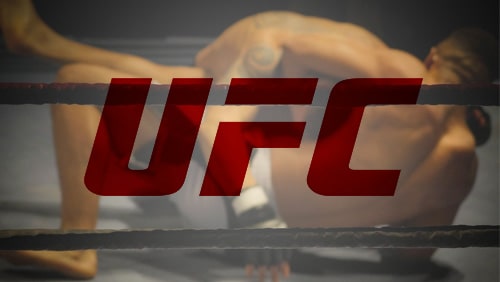 While mixed martial arts is quite popular in the United States, it’s much more so in Brazil – arguably that country’s No. 2 sport nowadays behind soccer (which will never be overtaken). The UFC visits Sao Paulo this Saturday for a UFC Fight Night card headlined by a light heavyweight bout featuring Jan Blachowicz against Jacare Souza. The main card gets underway at 8 p.m. ET.

The 36-year-old Blachowicz (24-8) is a former KSW light heavyweight champion. The Pole left that organization in 2013 and his first UFC fight was a TKO victory over Ilir Latifi in October 2014. Blachowicz was last in the Octagon in July and beat Luke Rockhold by second-round knockout (punches).

Blachowicz had predicted to the media that he would knock out Rockhold, who was moving up from middleweight, in the second round. Confident talk considering Blachowicz hadn’t finished an opponent since his UFC debut against Latifi. Blachowicz is ranked sixth in the division and is a -210 favorite.

Souza (26-7), whose real first name is Ronaldo, is from Brazil and ranked eighth – in the middleweight division. He’s a former Strikeforce middleweight champion. This will be his first fight at light heavyweight. Souza alternated wins and losses over his past six at the lower weight and is off a unanimous decision loss to Jack Hermansson in April. Not too often a Souza fight goes to the judges as 22 of his 27 wins didn’t make it the distance and three of his seven losses are by KO or TKO. He is +170.

The co-main event features another Brazilian legend, Mauricio Rua, taking on Paul Craig also at light heavyweight. Rua was originally to fight Sam Alvey, but Alvey had to be pulled from the card last month due to a broken hand. “Shogun” Rua (26-11) is nearing the end at age 37 and is ranked 14th in the division. He has fought some of the biggest names in the sport, including pound-for-pound king Jon Jones in 2011 when Jones won by third-round TKO. Rua comes off a December 2018 third-round TKO victory over Tyson Pedro and is a -275 favorite.

The 31-year-old Craig (12-4) is from Scotland and not ranked. Rua will be easily the biggest-name opponent that Craig has faced; one of his losses was to Pedro in 2017 by first-round knockout. Craig is off a first-round submission win over Vinicius Moreira Castro on September 21, so Craig is fighting on very short notice. He’s +215 to win.