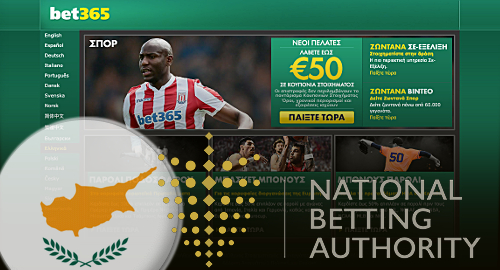 Cyprus-licensed online sports betting operators fared worse than their land-based brethren in the second quarter of 2019, according to the local gambling regulator.

The National Betting Authority (NBA) of the Republic of Cyprus recently released its Q2 financial report, which showed combined Class A (retail) and Class B (online) bookmaker handle of €176.5k and revenue of €18.85m in the three months ending June 30.

The year-on-year handle decline is at least partially attributable to a poor comparison with the second quarter of 2018, which enjoyed a wind-assist thanks to the opening stages of the FIFA World Cup. However, the Q2 numbers also represent a slowdown from Q1 2019, during which handle hit nearly €184m and revenue came in at €20.9m.

The NBA began licensing online betting operators in 2016 and currently has nine active licensees – down from 11 at the end of 2018 – with the current roster including such familiar faces as UK betting giant Bet365, Greece’s Stoiximan and local versions of Russian operators Fonbet and Pari-Match.

There were six land-based betting licensees at the end of Q2, who operate a combined 554 betting points of sale, down around 3% year-on-year. The number of Cypriots employed by retail betting operators fell by 5% to 1,219 by the end of June.

The NBA and its local casino regulatory counterpart recently held its second responsible gaming conference in Nicosia, at which NBA boss Ioanna Fiakou said “the protection and reinforcement of the social fabric” was “a collective effort that demands the participation of all involved parties.”