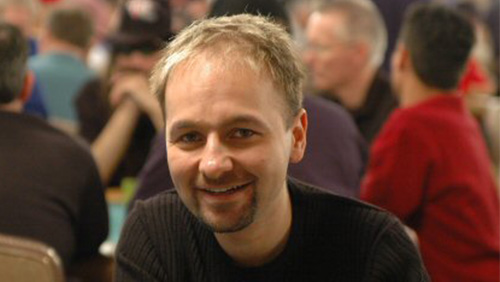 This year’s 2019 World Series of Poker Player of the Year Race has had it all. Three high-profile players who have been in almost constant tandem at the top of the leaderboard, old stagers who refuse to go away and new blood who at any time could leapfrog the lot of them.

But who wins the Player of the Year prize, and will see their photo hang in the Rio rafter for next year’s World Series of Poker in Las Vegas (which, if it starts on the last day of May is just 212 days away) continues to fascinate fans of all the remaining contenders. Let’s break down exactly who those are.

The Australian double bracelet winner currently sits in second position, just behind Daniel Negreau. Campbell led after the 90 Vegas events, but following the completion of 14 of the 15 events in Rozvadov, now needs to overtake his well-known adversary – and avoid being overtaken himself by Shaun Deeb.

Last year’s Player of the Year has defined the term ‘a strong defence’ when it comes to fighting to hold onto his title. Despite not dominating the leaderboard to the extent that he did last year, Deeb simply refuses to go away. A beast in the mixed games, Deeb has been at his best so frequently in combat this summer and autumn that he’s likely forgotten what his B-Game even looks like. Which is just as well, really, because he would hate the title to go to Daniel Negreanu.

It’s impossible to ignore the fact that Kid Poker might end up the biggest winner of the Player of the Year race regardless of the result. From pragmatism over the Deeb duel to a constant video blog story of his journey from the first day at the felt in Las Vegas to room service in Rozvadov – we’re getting breakfast envy for what’s on Kid Poker’s plate each morning – it feels like Kid Poker has dominated the race despite at some points being behind, not least due to his highly-entertaining Twitter commentary along the way.

The exposure for Negreanu’s journey, no matter the eventual destination, only enhances his brand. Post-PokerStars, that will be the most satisfying thing for him. For some years it might have looked like he was simply PokerStars’ biggest name. But the truth of it might be that Negreanu was the biggest name in the game full stop and that PokerStars were luckier to have him than the other way round. He’s got one hand on the title. Can he see it out?

After his heroics in the WSOP Europe Main Event, where he was down to just three big blinds three-handed, Zinno can still win the Player of the Year after what can only be described as an astonishing run along the rail in the closing stages. Zinno, already a two-time bracelet winner before 2019, was always going to pose a problem to the front runners when he ran deep in the Main Event in Rozvadov’s European leg of the WSOP. But his opponents will hardly believe how close he is and how hot his breath must feel on their necks. A victory for Zinno from here wouldn’t just become the story of this year’s World Series of Poker. It would go down in the history books as one of great WSOP stories. That difference may yet propel the Rhode Island player to stardom in a way no-one even knows yet.