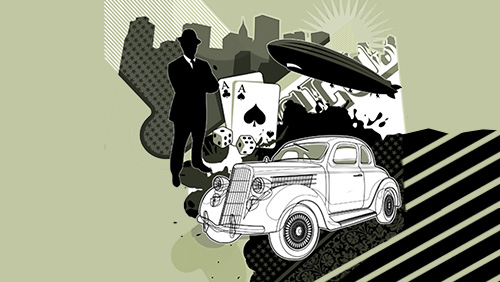 Some poker coverage on television shows off the glamorous side of the game. From spotlights above the final table to a glittering golden trophy that has the names of legends carved into its surface, poker on screen can provide an amazing aspirational allure.

Football and Poker Legends was no such televised event.

Released on TV in 2006 as a pre-amble to that summer’s World Cup in Germany, the team-based poker tournament blended some of the world’s well-known football players with some of poker’s finest, each country represented by three players.

The result: complete and total carnage.

Football & Poker Legends has a pre-tournament friendly, group stage and knockout ties, with the eventual final truly something to behold. In fact it’s so good we won’t spoil it. We’re here to help, and in pursuit of your happiness, here’s the opening episode:

With the late ‘Mad’ Marty Wilson acting as a quasi-referee, blowing the whistle to signify kick-off, players of mixed experience took to the felt. When we say mixed, we mean oil and water. Some players were clearly in it for the glory, knowing exactly what they were doing. Others were there to put the party in partypoker, the series sponsors. We’re not even talking about the footballers.

When it comes to those swapping the field for the felt, some of the men at the table were legends. Norman Whiteside, the youngest player to play World Cup football. Tomas Brolin, Swedish winger who swapped mazy runs for cream buns. Alan Ball, World Cup winner in ’66, unable to resist pocket sixes. Well, maybe.

With each team consisting of two poker pros and one either former footballer or active player at the time, the action was six-handed, fast and fantastic, all brought to sparking life by two of the most entertaining men ever to sit behind the commentary mics – Jesse ‘smooth as silk’ May and Padraig ‘in it for the craic’ Parkinson.

Thinking of Alan Vinson, from 2006 the best ever exit interview of TV poker. Tall Alan as captain of Team Italy and the Italian footballing legend is a 16 year old Brazilian kid playing reserve in League 2.https://t.co/w7AkJWtC6U

There were several ‘football’ twists to the action. Three hours of what passed for normal play, then an hour of extra time before a penalty shoot-out. And if Mad Marty spotted any collusion at all – bearing in mind that with 3-on-3 action, collusion was as rife as Deep Heat in the changing room – he’d blast on his whistle and give a yellow card, with half of their chips distributed among the opposition. Another infraction would lead to a red card – and an early bath.

Football is organised chaos. Poker is smarts made into entertainment. Some of the drama in Football & Poker Legends was unmissable.

You can watch the whole series from start to finish right here. We highly recommend that you get the half-time oranges out, organise yourselves onto the sofa as soon as you can in a 1-2-1 formation and enjoy the beautiful shambles that is Football & Poker Legends.