Home / Casino / OSHA could have its hands full with Station Casinos 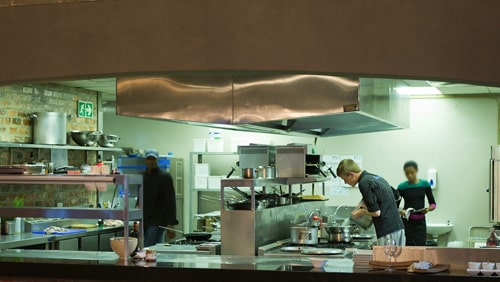 OSHA, the Occupational Safety and Health Administration, is a U.S. government agency tasked with ensuring employees across the country have a safe and secure workplace. Violations of the organization’s rules are often met with hefty fines and, in some cases, the loss of an operating license. Even uttering the term “OSHA” in a workplace is enough to cause chills to run down the spine. According to a report that was just released on Station Casinos properties, the casino operator should be concerned.

The report, “Gambling With Worker Safety and Health:  Hazard Assessment in the Casino Hotel Industry,” was prepared by researchers from George Washington University and California State University, Long Beach. It had been prepared in conjunction with the

Culinary Workers Union, Local 226, which represents many casino and hospitality properties around Vegas, and which is part of the UNITE HERE collection of unions.

By interviewing a number of workers at various properties owned by casinos, the researchers were able to identify several areas where Station could apparently be failing in its obligations to provide a safe workplace. For example, housekeepers identified exposure to “ergonomic, biological, and physical hazards” as being present, and some indicated that they were not able to take a lunch break out of fear of being disciplined by managers.

They added that they routinely ran out of “cleaning chemicals and having to use diluted chemicals provided by their employers, which increased the amount of force they had to exert to clean surfaces in the rooms. GRAs also reported issues with broken or malfunctioning vacuums and cart.”

Workers charged with maintaining casinos floors, slot machines, restrooms and other public areas also acknowledged problems. They stated that they were exposed to the same types of hazards as the housekeepers, adding that they also had to deal with “vomit, blood, and hypodermic needles” in the venues’ bathrooms and slot areas. Training on dealing with these hazards is provided; however, they state that they are not given personal protective equipment, such as face masks, and that the gloves they use are of inferior quality and are inadequate.

Safety in the kitchen is also apparently an issue. Kitchen staff has been reduced substantially in many cases, forcing cooks to also double as cleaning crew. They find that many cleaning agents are being mixed because bottles aren’t labeled properly and assert that discrimination is rampant. As an example, chefs are allowed to keep drinking water at their stations, but cooks and other kitchen personnel are not. They also talk of excess accidents due to ripped mats and say that injuries are often not reported.

Of all the employees interviewed, 85% indicated that they don’t have access to first aid kits at work. This, according to the workers, was an effort to keep them from reporting injuries, which would, by law, require the property to fill out an OSHA accident report.

The Culinary Union has been working with Station employees and has already seen several workforces join the union against Station’s wishes. It would appear that their efforts are well-founded, especially when considering the fact that the survey also found that 74% of those interviewed had seen their workload increase by two-thirds since they started. Their pay, however, has not risen to be commensurate with the additional work.