The Jin Ding Casino in Sihanoukville has been shut down since May, and now they are petitioning the Cambodian government to allow them to build a new casino in another location, according to local media sources. 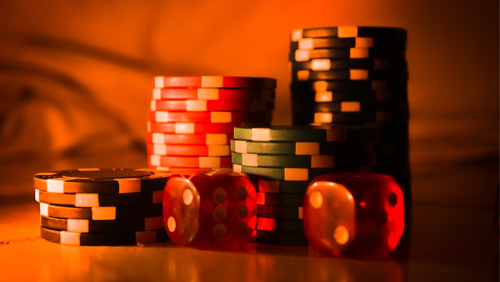 The Chinese owned casino was ordered to cease operations after it was discovered that they were operating without a license and that they had been promoting illegal online betting. A far more troubling concern was that they were releasing untreated sewage into the ocean area.

Sihanoukville has become a thriving tourist area, drawing people from across the globe to the beautiful beaches and fantastic tourist facilities. The cavalier manner in which the casino was releasing sewage into the ocean waters was not only creating health risk, but was also damaging the reputation that the region has developed of pristine, untouched beaches.

After the facility was closed down, officials in Cambodia determined that the casino would be demolished. However, it is still standing and there are concerns that it still poses an environmental risk.

Now the casino is promising that they will tear down the old structure if they are allowed to build a new one on a different site. The owners of Jin Ding Casino have petitioned the government for permission to build a new facility in a location that has not been specified yet.

In a statement, Preah Sihanouk province spokesperson Kheang Phearum explained that the owners are looking to accomplish both goals. “They are not refusing to remove [the old structures]. They just want more time to construct a new building.” He added that “We are now waiting to see how they proceed with the authorized work.”

This news is not sitting well with environmental advocacy groups, especially those at Mother Nature. “Surely the public will see that what the authorities are doing is just a kind of theater meant to show that they are enforcing the law, when they are actually concerned only with business interests.”

It appears that the Cambodian government may ultimately become responsible for tearing down the closed casino. The demolition of the facility does not appear to be imminent.