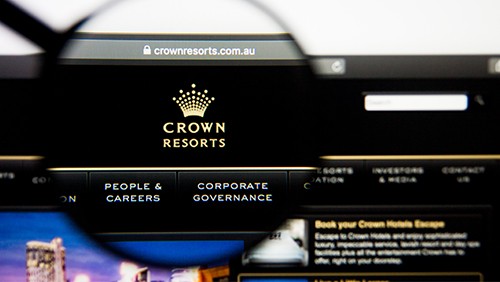 Crown Resorts has recently come under fire after it was revealed that an Indonesian businessman with ties to a war criminal was allowed to repeatedly visit its casinos. Several news exposes have uncovered a pattern of questionable assistance provided by the Australian gaming giant to facilitate visa entries into the country and investigations into Crown’s activities have begun. However, as details of those investigations begin to surface, perhaps Crown didn’t act alone. It would appear that Crown brass could have received some suggestive assistance from certain Australian lawmakers.

The Australian Commission for Law Enforcement Integrity (ACLEI) is one of the government groups looking into Crown’s activity and has called several individuals to appear before it. One was Roman Quaedvlieg, a former commissioner with the Australian Border Force. According to him, lawmakers had pressured him into expediting certain border security processes for Crown VIPs in order to get them into the country more easily. Quaedvlieg, who was fired last year on charges of corruption tied to other incidents not associated with the Crown ordeal, said that his job was to facilitate the entry of gamblers so they could “land on a private jet at Melbourne airport, receive the minimal amount of clearances, put them in cars, get them into the casino and spending money.”

The Department of Home Affairs (DHA) has already acknowledged that it and Crown had an established relationship – official or otherwise – that helped fast-track visa applications of high rollers. The ACLEI is looking into whether or not that relationship was aboveboard. It also wants to know why the Border Force allowed one of its officers, Andrew Ure, to become a bodyguard for junket operator Tom Zhou, who was a Crown partner and is wanted by Interpol.

A recently revelation that Crown casinos may have facilitated money-laundering activity, an accusation brought by former gaming regulators, hasn’t helped Crown’s image. However, the company asserts that everything boils down to an anti-Crown agenda on the part of gambling foes. The company’s chairman, John Alexander, spoke at the recent Crown shareholder’s general meeting and asserted, “There have been a number of sensationalist and unproven claims made, with many focused on allegations from over five years ago. Let me be clear, Crown does not tolerate any illegal activity by its employees or its patrons.”

He added, “Crown has no interest in being used by those who seek to do the wrong thing … I do acknowledge that these sensationalist allegations have raised some concerns amongst our stakeholders … I can personally assure you we are taking these matters seriously.”