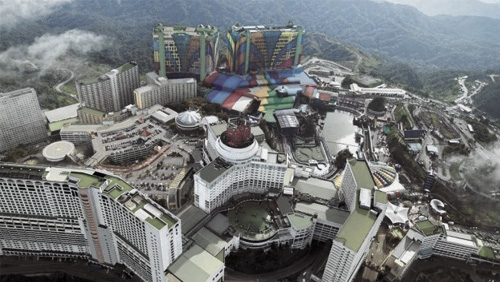 Genting Malaysia’s plan to buy its way into Empire Resorts may not be going exactly as planned, with a lawsuit from one minority shareholder holding up the deal. But based on a recent filing by the company, they believe things should work out just fine.

In an October 17 filing with the Bursa Malaysia stock exchange, Genting Malaysia Bhd defended the deal, telling shareholders they will fight the accusation and pursue the deal.

“The defendants deny all such allegations, believe the merger litigation is without merit, and plan to defend against all claims stated therein,” stated Genting Malaysia.

Empire Resorts agreed to the buyout deal in August, taking $9.74 per share to give Genting 49% control of the company, with the remaining 51% being sold to KT Lim’s (Chairman of Genting) family trust, Kien Huat Realty. Empire needed a way out of the hole they’d dug for themselves, taking a $140 million loss in 2018 and accumulating $533.68 million in debt.

News of the lawsuit, which we now know to be David Mullen v. Empire Resorts, Inc. et al., came on October 9. Mullen alleges that Empire’s majority shareholders and Genting colluded to make a fast and quiet deal, keeping shareholders in the dark and preventing the corporation from seeking a potentially more lucrative deal.

Atleast observing this as an outside layman, Mullen’s accusations, even if proven true, wouldn’t immediately appear to be beneficial for other shareholders if proven in court. Empire Resorts was actively shutting down casinos and reducing the number of slots in an oversaturated New York market, seeking any method they could to cut costs and return the company to a profit. Turning the business over to an eager buyer is the only guaranteed way to make it out with some money, and Genting swooped in to fill that role.

But, to give Mullen credit, it’s not like Empire spent that long looking for a buyer. Genting came out of nowhere in August to offer to buy them out, and maybe some time on the open market would have found them in a bidding war against a more lucrative offer.