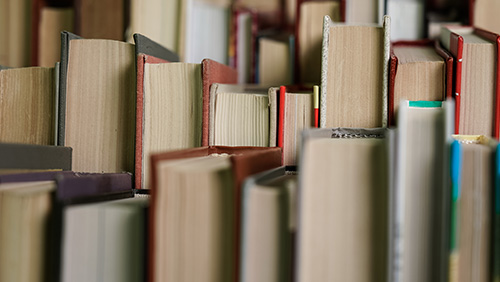 Poker books have changed, but while some have long been overtaken by the modern game, with strategic methods eclipsed by Game Theory Optimal play, some others remain important for anyone dreaming of ‘making it’ by playing the game of poker.

Big Deal, published in 1990 and written by Royal biographer Anthony Holden, remains a vital piece of poker literature. But why?

A journalist before he was a writer, Anthony Holden has composed works based on the lives of William Shakespeare, Pyotr Ilyich Tchaikovsky, Laurence Olivier and Prince Charles among others. In 1990, however, Holden indulged his love of poker with the critical question of whether he could transform his life from treating poker as a casual distraction from his literary pursuits to the reason for them.

Could Holden survive as a professional poker player in 1990? The book poses that question but so many more, as Holden embarks on his perilous plight with guts, a fair amount of adventure and no little humour. Think Phileas Fogg but with poker itself in the role of Jean Passepartout.

While Doyle Brunson’s Super System became a bible for the origins of poker strategy and Al Avarez’s book The Biggest Game in Town hyped poker as the greatest card game on the planet, Big Deal is infinitely more personal. Holden is going for glory, attempting to convince his publishers that rather than study a new biographical subject, that he himself is a worthy topic, and in his efforts to do so, he comes across with an earnest charm and winning conviction in the possibility of poker success.

While Holden doesn’t start with a defined, lineal direction, it becomes clear as the book progresses that the WSOP Main Event of 1988 is his set-piece finale. It is the oil rig in a Jerry Bruckheimer movie. You know that it has to explode by the closing titles, yet how the dynamite is set off fascinates you so much you have to keep watching.

Holden’s travels around the vagaries of life and variances of tournament poker are chaotic and thrilling in equal measure. As his confidence peaks, you become the friend on the rail; you can cheer him on, you can hope, but you can’t change the cards or Holden’s decisions as he dodges bullets along the way.

Holden gets around, dashing from Morocco to Louisiana, running from his weekly Tuesday night game in London to Las Vegas. Holden’s game is no limit, and as he convinces himself that he really might do something other than explore his true gift of writing as a career, you can’t help but will him on as he bumps blinds with players such as Johnny Chan, and Amarillo Slim.

While you won’t gain a huge advantage by learning a cutting-edge strategy to take on the best and win, that’s never the aim of the book. Big Deal sets out to enthrall you with the pursuit of the game that Holden embarks upon, and, much like Around the World in 80 Days, it’s not so much about the destination as the journey.

How Holden takes you to the denouement is worthy of any crime thriller. How he deals with each situation is as gentle and persuasive as the most beguiling of romances. Ignore 2007’s Bigger Deal, where Holden returned to his pursuit and was diverted by the timely yet torpid tangent of online poker. Stick to the original and best.

You’ll love Big Deal. But you’ll fall in love with it, and poker, even more.