Home / Poker / The proliferation of the playwright poker player 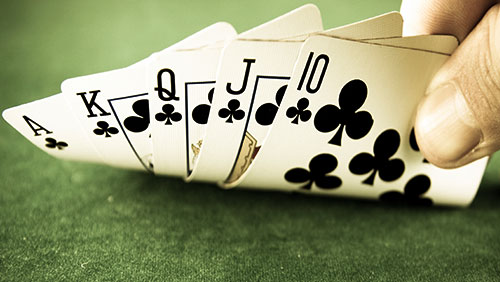 Inspired by a passage in Charles Bukowski’s ‘On Writing’ Lee Davy questions the decision to stick with the status quo in writing, in poker, in life.

I’m sitting in a renovated attic. The wooden chair is taking the skin off my sit bones. I tower over my laptop, neck craning to see the words. When I slip down to eye level, my coccyx rubs uncomfortably against the wood. A man wearing glasses sits opposite me locked into a murder-mystery, fist embedded in his temple. Occasionally, he looks at me when he thinks I’m not looking. To be fair, I type with the grace of an elephant at a disco. I bet he’s thinking, “Why doesn’t this prick fuck off elsewhere?”

I have to write this.

I don’t know how to write. My wife laughs when I tell her I don’t understand the difference between a verb or an adverb. I have no clue what a noun is, how to use ‘was’ or ‘were,’ and I never know when to put a comma in a sentence.

I never set out to be a writer. I wanted to be a professional footballer. I thought the only thing I needed to learn to write was my signature. I never made it. Alcohol got me. And now I spend most of my time in coffee shops worried that someone is going to send me a tweet saying, “I read your article, and it’s shit.”

To help with this fear of not being good enough, I have been reading Charles Bukowski. I love the way he uses words and phrases like ‘hot fuck’, ‘toenail,’ and ‘cockroach’ in his poetry. A spectrum has two ends. At one, you have a thing like the Alchemist, stitched together by Paulo Coelho and twenty of the most common words in the English language, and then you have Bukowski pulling crackers out of his knackers (that one is mine).

I’ve been reading his letters before my daughter starts snoring like a drunk, and one of them stood out like a holed sock in a posh person’s house. Bukowski wrote it in December 1965. Addressed to Gene Cole, Bukowski writes:

“I am afraid that the problems of our playwrights are the same as everybody else – that is, they are trained, they are TOLD the proper way to do a thing.”

Bukowski doesn’t want to see an end to books and training course that improve the skills of playwrights – Let the people do as they please – but he’s not too enthusiastic about the success of student mass.

“If they are able to create art and make a lasting theatre with these methods, I will be most happy to be called a liar.”

I’m not saying this gives me a free pass to be a horrible writer (blame Grammarly). But it injects confidence to take my colouring pens and venture outside of the lines, and poker players should do the same thing.

Why Poker Players Should Stray Outside of the Lines

When I first learned to play poker, I knew that I had to seek out the very best in the game and ask him to teach me. A lack of belief prevented me from doing this. But I did seek out the best online training schools.

Back then everyone was teaching the same way to play poker. Within no time, the weaknesses of unschooled poker players became history. The ABC of poker spread like the joy of children on Christmas Eve.

Today, when I speak to the very best in the game, we talk about artificial intelligence (AI), algorithms and the right way of doing things. It has a playwright school feel to it. And who am I to argue with these people? They earn millions of dollars, and I’m sitting here, bony arse hurting like fuck because I stole a free cup of tea voucher.

But where is the art?

Where are the two fingers to the establishment?

Who is drawing outside of the lines?

I think this is why I’m attracting to the work that Matt Berkey is doing at the poker coaching academy Solve For Why. The very premise behind what he does begins by straying outside of the lines. For starters, he offers coaching on the live game, and very few people do that and do that well. But it’s his drive to teach people to think and act differently that ultimately turns me on.

The man Berkey wants to scrub your bones clean.

Tip the peroxide all over that mother fucker.

We want to help people abandon the crutches of assisted learning – Matt Berkey.

And it’s the same with life.

It’s the Same With Life 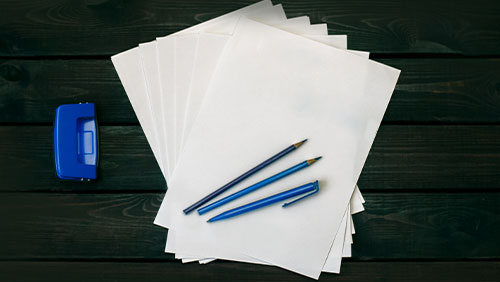 It’s a combination of theories from Dr Melanie Joy, Robert Fritz and Jeremy Griffith combined with a large dollop of personal experience. But I can’t merely copy their methods verbatim as that’s called plagiarism. Add the experience into the field, and a wild stallion emerges. Different. Sexy. Ready to rock n roll.

Yeah, seek out the leaders. It’s important. But use them as a way of independently thinking of ways to improve upon that knowledge. Climb underneath the wing, but don’t rip the fucker off and glue it to your body Icarus style.

Jump out of a plane.

Tell him to get the fuck out.

The world of the mundane is like a cross – we all hang there. There is so much agony in the crowd. It’s killing us softly. We are constipated. We keep our creativity, and our individuality congealed in our gut thanks to the fear of looking like the clear glass window in a church full of stained glass jobbies.

The guy reading the murder-mystery novel has gone.

Max Richter is sending me to sleep.

I just nearly choked to death sipping the cold remnants of my free cup of tea.

It’s time to go somewhere else and write something else.

Set fire to the status quo and dabble your fingers in the ashes of mundanity one final time.

Are you going to be a playwright poker player, or a fucking maverick?