Larry Flynt to hustle his gambling ops after court win

California believes it has the right to prevent anyone who holds ownership in a gambling operation in the state from also holding ownership in any gambling operations outside the state. Larry Flynt, the founder of Hustler magazine and owner of two cardrooms in California, disagrees and has been fighting the Golden State for several years in court. Although he previously received a setback in his efforts, he isn’t known for retreating quietly into the night and tried once again. This time, he was victorious. 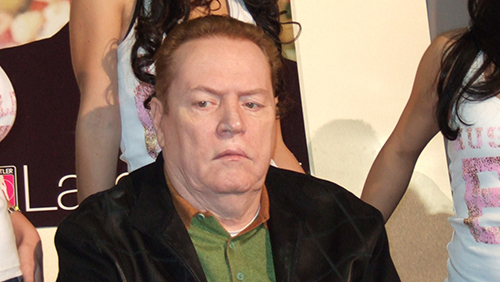 Flynt lost a court challenge in 2017 that sought to overturn the ownership law. He then took his case up with the Ninth Circuit Court of Appeals and has been given support by the court. On October 7, a court panel agreed that he can challenge California’s law from 1986 and he plans on doing just that.

The original intent of the law, which had been approved by the state’s governor at the time, George Deukmejian, had validity, as it was an attempt to keep organized crime out of the state. However, just like other gambling-related laws throughout the country, it overstepped its legal authority, according to Flynt, and is unconstitutional.

Flynt is behind the Hustler Casino and the Lucky Lady Casino in Los Angeles. He wanted to open additional venues in other parts of the U.S., but his hands have been tied due to the law and he asserts that he has potentially lost millions of dollars in revenue by not being able to carry on his entrepreneurial endeavors as he sees fit. He says he has been approached by casinos in Colorado, Nevada, Louisiana and others, but that he has had to turn down all of the offers because of California’s wayward and outdate law and is suing the state along with the owners of the Crystal Casino, Haig Kelegian, Sr. and Haig Kelegian, Jr.

The Ninth Circuit court panel agreed to allow Flynt to challenge the law, approving his request by a vote of 2-1. One judge on the panel, Diarmuid O’Scannlain, said of the decision, “That all three licensees continue to be precluded from exploring other investment opportunities is not a consequence of the commission’s decision, as the dissent would have us conclude, but rather a result of the continued existence of the statutes themselves and the realistic threat of future enforcement.”

The previous attempts at reversing the law failed because California somehow managed to convince the courts that the statute of limitations for filing a suit against the 1986 law had expired. However, the appeals court panel disagreed, asserting that the continued denial of business activity is grounds for the law to be tested.

The one dissenting vote came from Johnnie Rawlinson. She seems concerned that allowing the lawsuit to push forward could set a precedent for other laws to be challenged. Her position supporting California isn’t surprising, given that she was previously a District Court judge in Southern Nevada, but if citizens don’t have the right to challenge lawmakers because they might rock the boat, then the courts aren’t doing their job.