Indiana gets another mobile sportsbook thanks to DraftKings

Indiana’s sports gambling action is heating up as mobile sportsbooks begin to see daylight. First came Rush Street Interactive (RSI) when it was approved to launch its mobile app by the Indiana Gaming Commission (IGC) last week. However, RSI won’t be alone. DraftKings has also been given approval by the IGC for its own version and it’s ready to go live, as well. 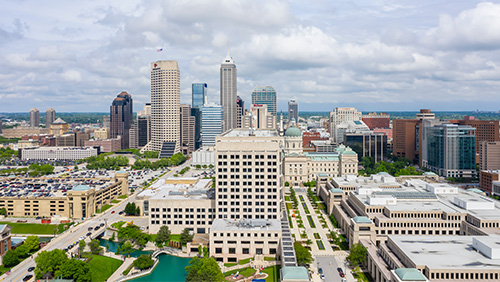 The IGC approved the app this past Wednesday, giving DraftKings authorization to launch its mobile sports gambling platform Thursday. That puts the company on the same footing as RSI, which had also been approved to start its operations as of Oct. 3. Both companies are determined to have the apps fully functional and taking bets before this Sunday’s NFL games.

Paul Liberman, the co-founder and chief operating officer at DraftKings, penned a letter to Casino.org, saying that the company is addressing the “final details” of its mobile app and that it has “every intention” of being ready for the weekend. It will be the first offering to be presented as a result of a massive 16-state deal made between the company and Penn National Gaming that that the two companies signed earlier this year, and the app is going to be a skin site for the casino operator’s Ameristar Casino in East Chicago.

Across the U.S., sports gambling is taking hold, but most often only through physical sportsbooks. Only about half of the states that have legalized sports gambling have or allow online gambling, including Nevada, Iowa, New Jersey, Rhode Island, West Virginia, Pennsylvania and, now, Indiana.

To date, DraftKings has been able to launch mobile sportsbooks in three of those states — Indiana joins New Jersey and West Virginia in its portfolio. However, thanks to the deal with Penn National, it’s only a matter of time before its footprint leaves a bigger track.

DraftKings’ operations in New Jersey have proven to be lucrative, with the company grabbing a major part of the market. West Virginia’s sports gambling space is still growing, but, relatively speaking, DraftKings should be happy with the results seen so far. Operating out of the Hollywood Casino, the sportsbook was responsible for about one-fifth, $473,284, of the venue’s receipts from the launch of sports gambling through September 21. As the activity gains attention, the numbers will certainly climb.

Indiana most likely won’t have as long a ramp-up period as West Virginia. This is a result of its proximity to Chicago, Illinois and Cincinnati, Ohio. Both of those cities have a strong professional sports presence, but neither of the states has yet to offer sports gambling. With the ability to jump right across the border into Indiana to place wagers, Illinois and Ohio sports fans are going to be contributing a lot to the Hoosier State’s coffers.