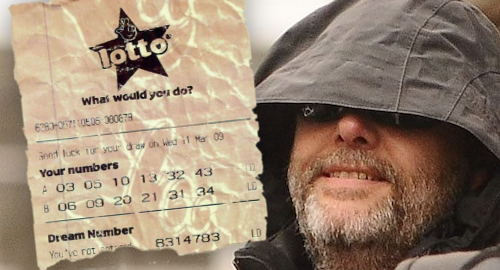 A UK National Lottery scammer has been convicted of fraud for his role in a bogus £2.5m jackpot claim.

On Friday, a jury at the St. Albans Crown Court found Edward Putman guilty of fraud by false representation for claiming a 2009 National Lottery jackpot worth £2.5m. The 54-year-old Putman, who has previous convictions for benefits fraud and sexual assault of a minor, was sentenced to nine years in prison.

Putman was charged in September 2018 on suspicion that he conspired with Giles Knibbs, who worked in the securities department at National Lottery operator Camelot, to claim the £2.5m prize just days before closure of the 180-day window for staking a claim. Knibbs reportedly hatched the scheme after seeing an internal Camelot list of unclaimed jackpots.

To claim the prize, Putman submitted a damaged lottery ticket with the winning numbers but no bar code, which prevented Camelot from verifying the ticket’s authenticity. Using info supplied by Knibbs, Putman was able to identify the shop in Worcester at which the ticket was purchased, after which Camelot paid Putman the £2.5m “based on the evidence available” at the time.

The duo’s plot began to unravel when Putman got greedy and refused to share what Knibbs believed was an equitable slice of this ill-gotten pie. Knibbs threatened to expose Putman’s previous convictions, which prompted Putman to go to the police, who then opened a blackmail probe into Knibbs.

Knibbs took his own life in 2015, but not before confessing his role in the lottery scam to friends. His partner said Knibbs felt he had been “shafted by someone he considered to be a good friend.”

Camelot’s lack of rigor in verifying Putman’s claim to the jackpot led to the UK Gambling Commission hitting the company with a £3m fine in 2016 for “serious” failures in its damaged ticket prize process.

Camelot issued a statement Friday acknowledging “some weaknesses in some of the specific controls relevant to this incident at the time and we’re very sorry for that,” while stressing that the company had strengthened our processes significantly since then and are completely confident that an incident of this nature could not happen today.”

The actual winner of that 2009 jackpot has never been identified.