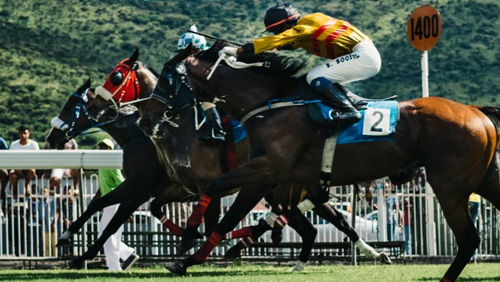 Because he wasn’t happy with his prominent lifestyle as the chairman of an Australian racehorse-owners syndicate, Bill Vlahos decided he needed to go from being a well-respected member of society to becoming a multimillionaire. His road to greater fame and fortune would be a smooth ride if he lived off other people’s money, he assumed, so he started an investment program for a gambling system that ultimately attracted millions of dollars. The only problem, it was all a scam and Vlahos has now admitted to it in court.

The saga dates back to 2008 and was initially uncovered in early 2018. From 2008 to 2013, Vlahos ran a Ponzi scheme that bilked hundreds of investors out of their money, with reports of losses ranging anywhere from almost $12 million to as much as $96 million, depending on who you talk to. The disgraced former businessman was finally forced to appear before a judge yesterday in Melbourne, where he acknowledged his role in the scam and admitted to creating the fraud. He would ultimately plead guilty to having defrauded investors of $11.8 million.

Vlahos had been the chairman of the BC3 Thoroughbreds racehorse syndicate. He was known to spend huge amounts of cash for horses, including over $3.3 million on a single horse. His splurges are what first raised red flags and led to the uncovering of the Ponzi scheme, which was being conducted through a company he created, The Edge.

The Edge was a horserace betting system that promised 25% annual rates of return. He ultimately attracted over 100 investors by duping them through false results sheets that showed how much he was winning. The system, he would tell investors, was created through “mathematical training gained during a psychology degree” and developed over two years while he was “living near Randwick racecourse when he was not working full-time.” In reality, the entire plan was a smokescreen and the sheets were either doctored to boost the return or completely faked, with no wagers having been placed.

Vlahos was expected to have to answer to 374 different charges related to his scheme. However, in exchange for his guilty plea, he weaseled his way down to a reduced number of charges and acknowledgement of fraud worth $11.8 million, not the $81 million prosecutors initially wanted.

Despite having picked up millions of dollars, Vlahos is apparently not very good at managing money. According to his lawyers, the entire amount – whether it’s $12 million or $81 million – has been spent and Vlahos is now penniless. The disgraced former businessman will appear in court in February 2020 to hear his fate.