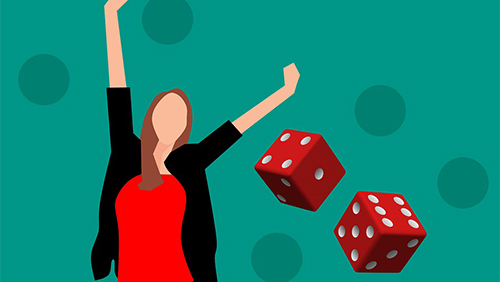 Women seem to have a distinct advantage over men when it comes to picking sports winners. This is the revelation of a recent study conducted by 888 Holdings, the parent company of several 888-branded gambling operations, as it took a look at sports gambling in New Jersey. It might be time for men to involve their partners when deciding how to place their bets.

According to NJ Gambling Sites, 888 reviewed sports gambling data from the beginning of the year and found that women see better results than men in their wagers. On average, they received a 19.79% return on their investments, as opposed to the 4.6% loss that the men saw. That difference is substantial and should be enough to make men want to make their wagers a joint decision.

Why this is the case isn’t entirely clear, but there are some pretty good indications. One of the contributing factors, and the most likely source, is the lack of any emotional connection to sports on the part of many females. This isn’t to say that women don’t get excited about their favorite teams, but, compared to men, the connection is typically weaker and they’re more likely to make gambling decisions with their heads, not their hearts.

This is no means a scientific study of how gender can affect wagers, but it provides some very interesting insight. As sports gambling, as well as other forms of gambling, continue to be rolled out across the US, it will be interesting to see how the numbers track. In the meantime, gambling men should seriously consider teaming up with a female partner before making their picks.