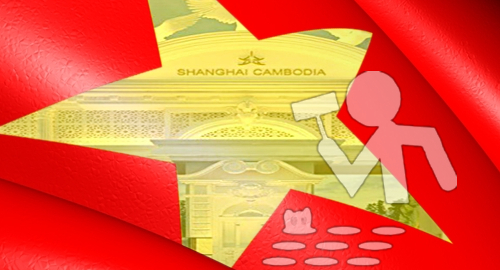 On Tuesday, VNExpress reported that Vietnamese police had busted an unauthorized online sports betting business that handled wagers worth an average VND500b (US$21.5m) per month in the seven months it was operational. The gang was reportedly rumbled way back in May but the information is only now being released to the public.

Vietnam’s Ministry of Public Security arrested 11 individuals, including alleged ringleader Le Canh Bao. Another 45 individuals are apparently still under investigation to determine their level of involvement in the ring, which operated two different websites.

More recently, the Department of Cyber Security and Crime Prevention announced the arrest of nine individuals suspected of involvement in an unauthorized online betting, casino and lottery operation linked to the Winxx8.com brand, which is reportedly based in the Casino Shanghai Resort in Bavet, Cambodia.

Police claim the arrested individuals used to work for the gaming operation in Cambodia in 2015, but returned to their native Vietnam to act as local agents for the gambling website and to open local bank accounts through which wagering deposits were made. Some reports touted the total gambling volume handled by these agents at over VND1t ($43.1m), although the reports didn’t indicate over what period this sum was wagered.

The Cambodian connection follows that country’s recent decision to impose a moratorium on local online gambling licenses, a decision that was highly praised by Chinese officials. Most Cambodian-licensed gambling sites were considered to rely heavily on mainland Chinese bettors.

In August, China and Vietnam teamed up for their first official joint operation targeting illegal online gambling rings. It’s unclear whether Vietnamese authorities are now embracing similar collaboration with their counterparts in Cambodia.

Vietnam’s government has offered their citizens a legal sports betting option, but its strict limitations on spending, the variety of betting markets and the lack of an online option ensure that local punters will continue to seek out unauthorized alternatives until their government gets wise.