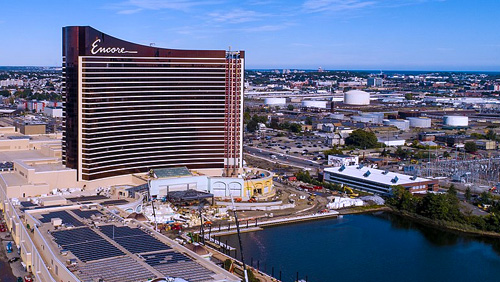 Wynn Resorts is getting some good news on several different fronts that will help it continue to help it heal its bruised ego. Following the major scandal involving the casino operator’s founder and CEO, Steve Wynn, the company has just wrapped up some huge financial transactions that are giving it the ability to fulfill a group restructuring plan and are worth over $2 billion. At the same time, the numbers coming out of the newly opened Encore Boston Harbor casino in Massachusetts are continuing to impress.

A subsidiary of Wynn Resorts, Wynn Resorts Finance LLC, has sold $750 million in senior notes, according to a filing with the Securities and Exchange Commission (SEC). The 5.125% notes will be due October 1, 2029 and can be redeemed, either all or a percentage of them, at any time at a price “equal to 100 percent of the aggregate principal amount of the notes to be redeemed plus a ‘make-whole’ premium and accrued and unpaid interest.”

Wynn has also secured senior credit facilities worth $1.85 billion. That money, along with the senior notes will go toward refinancing “the existing credit facilities of Wynn Resorts and Wynn America LLC and pay related fees and expenses.”

With those transactions complete, Wynn is able to juggle its assets, putting Wynn Las Vegas and Encore Boston Harbor under Wynn Resorts Finance. That entity will also assume 72% of the company’s holdings in Wynn Macau, Ltd, which overseas Wynn Resorts’ operations in Macau.

Speaking of Encore Boston Harbor, the new casino in Boston should be making Wynn brass proud. The $2.6-billion resort was a little uncertain as the launch date approached and there were questions about whether or not it would survive the fallout from the Steve Wynn sexual misconduct scandal. Not only is it surviving, but it’s doing everything the company had hoped it would do.

In addition to its financial success, at the expense of local competition, the venue is right on target with its internal staffing plans. It now has 60% of the anticipated 5,000 positions filled, and isn’t done yet. To put that figure in perspective, Encore’s workforce in June was greater than all the jobs created across the state that month.

In an interview with the Everett Independent, Encore Boston Harbor President Bob DeSalvio indicated, “We’re getting prepared so that when we introduce more tables games, we’ll have appropriate staffing. We’re trying to provide more games that customers might be looking for. By having more dealers, we’ll be able to have more low level games that some customers are looking for.”

The numbers support the need for greater staffing levels. Encore saw gross gaming revenue of $48.57 million in July, the first full month it was open, followed by $52.48 million in August. It is already cannibalizing operations at competitors such as MGM Springfield and is likely to cause even further damage as it ramps up its activities.