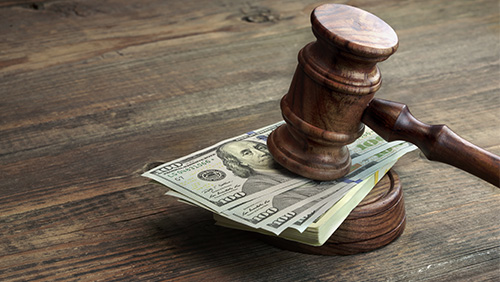 A controversial plan to offer more gambling options in Miami fell apart this past April when the city suddenly decided to rewrite its zoning codes. That caused a plan by the owners of Magic City Casino, West Flagler Associates, Ltd., to put a halt to a project that had been four years in the making and cost it hundreds of thousands of dollars. West Flagler immediately submitted a lawsuit against the city, and a judge has now decided that the case can proceed.

According to the Miami Herald, the story is as twisted as a South Beach churro. The idea was to build a jai-alai facility and a card room in Edgewater, an upscale neighborhood, and West Flagler had performed all of its due diligence leading up to the project’s launched. It began exploring its options in 2015 and ultimately spent over $350,000 to realize its dream ahead of an actual launch. The company announced the project in 2017 and, at that time, the city’s zoning laws allowed pari-mutuel gambling, so everything seemed to be moving smoothly.

West Flagler had signed an agreement to build its project and Florida gave its seal of approval for a Summer Jai-Alai permit last year. That was seen as virtually the golden ticket needed to move forward and West Flagler was excited to put its plans in motion. However, everything came to a grinding halt after a surprise move by the City of Miami this past April.

The city suddenly decided to change its zoning laws, effectively prohibiting the new project. Any zoning application would need to now be approved by four of the five members of the zoning board. That change received support by everyone on the board, except its chairman, Keon Hardemon.

While the change itself is not necessarily a bad move, its timing and its true purpose are. The local community was not at all impressed with the idea of having new gambling facilities in its backyard and this, not some altruistic desire to offer more responsible zoning oversight, is most likely the real reason for the change.

Regardless of the reason, West Flagler isn’t happy. It is suing for $750,000 to cover its expenses and damages, and also wants the courts to order the city to allow the project to move forward in accordance with the zoning laws that were in place when the permit was issued. A local judge has decided to let the two sides duke it out in court, but the issue is far from being resolved – the lawsuit has put on the docket for next May.