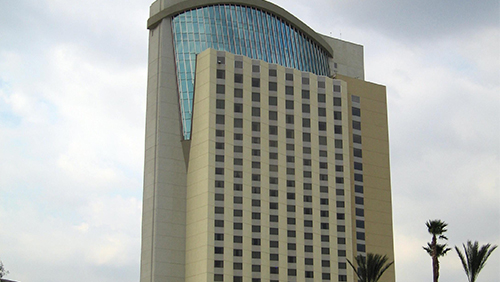 Already one of the largest tribal gaming operations in Southern California, the Morongo Casino and Spa is about to get even bigger.

The property is run by the Morongo Band of Mission Indians, who have announced that they will soon begin an expansion project to increase the gaming area and add new amenities. With the expansion, the venue will be able to employ another 425 people on top of the 2,500 already punching the clock at the resort.

The Desert Sun points out that the tribe wants to add 65,000 square feet to Morongo and will increase its gaming space by 30%. It now has a 150,000-square-foot space with 2,600 slot machines and 74 table games, as well as a bingo hall for 400 players, and the expansion would add an additional 800 one-armed bandits. In addition to the larger gaming space, there would be new lounges, a new non-smoking space, a new bar and parking garage, with changes to the venue’s existing eateries being made at the same time.

To put things into perspective, the post-expansion size of Morongo’s gaming area will be around 195,000 square feet, just under that of Pechanga Resort & Casino and its 200,000 square feet. Pechanga is another well-established tribal casino in Southern California and its size makes it larger than anything Las Vegas has to offer.

The goal of the expansion is not just about capturing a larger part of the gambling market in California. The project is forecast to add another $3 billion in local economic activity on top of what the casino already provides and Morongo Tribal Chairman Robert Martin adds, “The tribe is the real economic driver in the pass area. That’s exciting to me. I really like that, that we’re able to provide those types of jobs.”

It’s possible that the upgrades will be completed by the middle of next year. After that, the sky’s the limit and the tribe envisions a time that the entire area is replete with more development, including more restaurants, tribal offices and maybe a hotel. Martin indicates that talks have already begun with certain restaurants, but that there is still nothing definitive in place.

According to the tribe, the expansion centers on the venue’s popularity. It points out that around 1.5 million unique visitors are recorded each year and keeping things fresh will allow the numbers to stay high. Martin adds that the Morongo people have “come a long way from the tiny bingo hall we operated on the reservation back in the 1980s.”