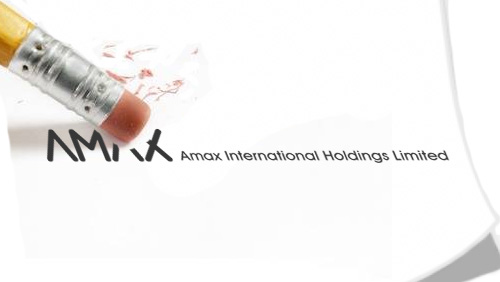 In a statement, the company explained, “The Board considers the proposed new English and Chinese names of the Company will refresh the corporate image and identity of the Company and will more appropriately describe the vision of the Group.”

The move appears to be a reboot of sorts for Amax. In February, the company announced that they had completely dropped all interest in the Greek Mythology Casino in Macau. Their 24.8% stake seemed like an albatross. The company had been long struggled to try to gain access to financial records from the firm that formerly ran the casino before it closed briefly in 2015.

Since 2015, Amax had been looking to expand their gaming interests across the region, including operating 13 VIP gaming tables at a casino in Poipet as well as preparing to open a new casino project in Sihanoukville, Cambodia.

The Cambodian project was announced in October of 2018, in which Amax reached an agreement to provide technical and pre-opening services for CSG’s new casino. Amax had already been running a VIP room at the Genting Crown Casino in Poipet, Cambodia, located on the border with Thailand.

That has generated a lot of positive about Amax, but there is also a lot of speculation about the current health of the Asian game investor. Currently, the company has a deficit of HK$96.2m with liabilities coming in at HK$74.4m above what it has in cash and near-term receivables.

Adding to the concerns has been the company’s recent losses in 2018. For example, in December it was reported that from the six month period that went from April through September, the company saw losses of more than HKD13.92 million ($1.78 million) in comparison to that of 2017.

However, Amax officials were quick to try to dismiss any concerns related to the net losses, explaining that “The Company has now fully resolved the long disputes in connection with the PNs and can avoid incurring further legal costs to continue the legal proceedings. The Company believes that with this uncertainty possibly removed, it shall have a positive effect on the financial position and net asset value of the Company.”

Regardless, there are many who are speculating that the name change is a type of reboot. An opportunity for the company to get out from underneath an increasingly negative reputation.