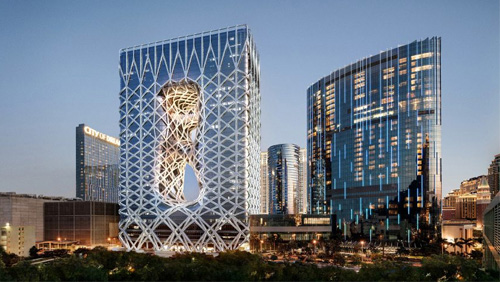 On September 5, a report confirmed that Evan Winkler became the new head at Melco Resorts and Entertainment effective on Wednesday, September 4. This came on the same day that the company announced that they would be expanding their push for a Japanese integrated resort (IR), focusing on Tokyo, Yokohama, and Osaka.

Winkler became the new president at Melco and, according to a press release, will be responsible for the day-to-day operations. He will be reporting to Melco chairman and CEO Lawrence Ho as part of his duties. The operations departments at the resort and entertainment giant will report to Mr. Winkler, according to the announcement.

Mr. Winkler will remain in his position as a board member. Also, while serving as president, he will also be the managing director of the parent company of Melco Resorts and Entertainment, Melco International Development.

In the announcement, Lawrence Ho sees this as a continuation of the plan the company has implemented to increase their chances of success. “The Company has seen extraordinary transformations over the last few years, which have been game-changing, including expanding globally, opening Morpheus, bringing more beyond-gaming attractions than ever and building up a very strong team. As we continue to move forward, I have the utmost trust in a team that has a proven track record of delivering outstanding growth for the Company.”

Winkler has been a valued member at Melco Resorts and is thrilled by the new opportunity presented to him. “I am honored by the trust placed in me by Melco’s founder, Chairman and Chief Executive Officer, Mr. Lawrence Ho. I joined Melco International Development Limited three years ago to help support and carry Mr. Ho’s vision and am excited to be able to play a broader role within the Melco group.”

One of the first duties for Winkler will be to help make the expansion plans a reality. Melco had already announced the opening of an office in Yokohama in anticipation of securing a license for a Japanese IR.

This is part of a plan to continue to expand into the Japanese market. In a filing with the Hong Kong Stock Exchange, the company explained that Japan is the focus of their immediate plans for the future.

“Japan continues to be the group’s core focus,” the Melco filing explained. “With offices in Tokyo and Osaka and an upcoming one in Yokohama, along with a local leadership team, the group is now fully engaged to explore local partnerships and to further build up our local presence.”