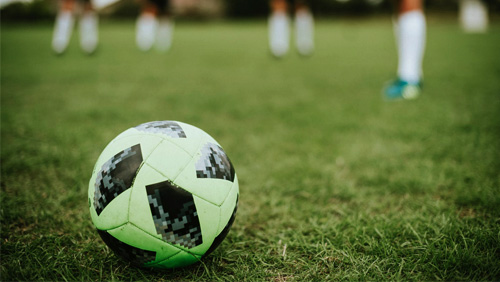 With a vital set of International fixtures taking place this week, can Gareth Southgate’s England continue their fine form, and will an age-old rivalry produce a European Championship classic?

One of the classic fixtures of all-time brings together Germany and the Netherlands, who will clash on Friday night.

With memories of Rudi Völler and Frank Rijkaard’s sitting fit at the 1990 World Cup one of the stand-out moments in this rivalry for the ages, Germany will be looking to get revenge on Netherlands for the Nations League campaign as recently as last year, when a last-gasp Virgil van Dijk equaliser in Germany propelled the Flying Dutchmen to the finals.

This time around, Oranje will trying to gain some ground on Germany, who have won all of their Euro 2020 qualifiers so far and sit six clear of their rivals heading into this game. With both Northern Ireland and Germany enjoying 100% records to date, those two countries will clash on Monday evening to decide who takes a healthy lead into the second half of the qualification fixtures.

Gareth Southgate’s England team look to continue the impressive start they’ve made to their qualifying campaign, with six points and ten goals from their first two fixtures.

Bulgaria currently sit bottom of Group A, which is saying something considering this is a group that contains Kosovo and Montenegro, who have one win between them in seven games played.

With England top of the group already, Southgate knows his team have a chance to make qualification for the European Championships next summer a formality in the next two games, with Kosovo the visitors to Wembley just three days after Bulgaria.

Raheem Sterling, Harry Kane and Marcus Rashford will all be hoping to bump their England goal tallies by the end of this International break, having been in fine form for their teams during the start of the English Premier League season.

The reigning European Champions Portugal have not got off to a great start in attempting to retain their trophy. Sitting fourth in Group B and only superior to Lithuania at the time of going to press, Ronaldo’s team may only have played two games, but they have won neither of them. Two draws have left Fernando Santos’ side under a little pressure as they travel to Serbia, who have a host of big names hoping to push their county into the top two spots in the group. With Manchester United’s Nemanja Matic, Lazio’s Sergej Milinkovic-Savic and captain Aleksandar Kolarov of A.S. Roma all standing in Cristiano Ronaldo’s way, can ‘CR7’ find another way to drag his team up the rankings?