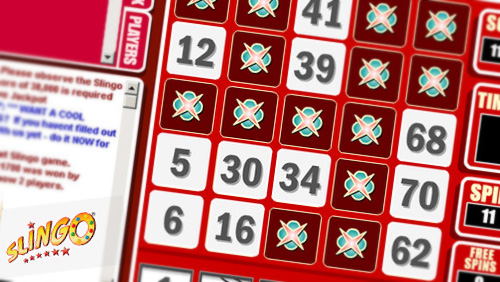 Betsson is hoping that the addition of new content to its arsenal will help it to stand out from the competition. The Swedish online gambling operator has inked a deal with Gaming Realms, a mobile and online developer, to include games from its Slingo line on its platform. According to an announcement from Gaming Realms, the agreement is for Betsson to include the products across its entire network of brands.

Gaming Realms has developed several unique games that are part of the Slingo Originals brand. Among these are Slingo Rainbow Riches, Slingo Extreme and Slingo XXXtreme. Don’t let the title of the last one mislead – three X’s in the title aren’t what many people may think.

Ciara Nic Liam, Betsson’s director of product, says about the new partnership, “We are committed to providing our customers with engaging and innovative gaming content in order to deliver the best customer experience in the industry. With an established following, Slingo games represents an ideal partner and we look forward to offering this content to our international audiences.”

Betsson currently operates in 12 regulated markets in Europe under various brands, including its namesake, Betsafe, NordicBet, Europebet, CasinoEuro and others. The new partnership should prove advantageous for Gaming Realms, as it gives the company substantial access to a larger geographic footprint and more stability across the Scandinavian and UK markets. The company’s CEO, Patrick Southon, explained that the agreement will “not only bring our collection of Slingo games to new audiences internationally,” but also “reinforce our existing presence in the UK and in particular Scandinavia, where there is a significant appetite for mobile gaming.”

The partnership was facilitated thanks to a deal made between Slingo and Relax Gaming this past June. The three-year agreement opened the doors to Relax Gaming’s business-to-business network of clients and their related gambling customers, among which Betsson is included.

Betsson has been exploring new arrangements that will give it a leg up on the competition and has also been working to protect its name. Only a couple of weeks ago, it signed up with Gaming Innovation Group to include that company’s Comply offering, which gives it better control over third-party advertisers and helps to try and prevent the company’s sites from being advertised on prohibited portals.

That arrangement is important given the heightened attention being placed on gambling by regulators across the globe, especially in the UK. Betsson’s chief corporate officer, Ronni Hartvig, said at the time, that it would “reinforce Betsson Group’s existing compliance processes” and support the company “in guaranteeing that affiliate activity and marketing is compliant and sustainable.” Perhaps 1xBet should have thought about using Comply.