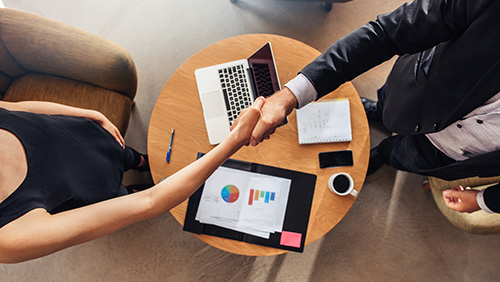 With the forced removal of Joey Lim Keong Yew and Ben Lim Keong Hoe – the Lim brothers – from the board of directors at Donaco International last month, two voids were created. Those spots have apparently now been filled, as Donaco has told the Australian Securities Exchange (ASX) that it has found two individuals to sit on the board in non-executive director positions. Both come

from an institutional investor, Argyle Street Management, tied to Nut Road Ltd., a company that had purchased almost one-fifth of Donaco’s shares a month before the Lim brothers’ ouster.

Leo Chan Yan Ho and Kurkye Wong are now getting comfortable at the boardroom table. Chan is an executive director at Argyle and Wong is the company’s VP. Argyle is a Hong Kong-based asset management firm founded in 2002 that now controls assets of around $1.7 billion per the ASX filing.

One Nut Road purchased 19.25% of Donaco shares in June. It said when the Lim bros. were being escorted out the door that it would like to be given two spots on the board. However, Donaco board members asserted at the time that the company’s stake was worth only one spot. It looks like One Nut was able to get its way, as the company is a subsidiary of Argyle.

Donaco still plans on bringing in another, non-executive director to sit on the board, according to the filing. However, it didn’t indicate who this might be or win the decision would be made.

The extraction of the Lim bros. from the company helps put more distance between Donaco’s jaded past and a promising future. Joey Lim founded the company, serving as CEO and managing director until this past March, and Ben Lim served as acting CEO from that point until around the middle of June. Under their guidance, Donaco has had to face several issues, including disputes with former business partners and major revenue losses, including a loss of $88.4 million in its most recent fiscal year.

The Donaco board has been substantially reorganized this year in an attempt to put it back on a winning path. A new independent non-executive director, David Green, was brought on to provide guidance and industry expert Paul Arbuckle was tapped to be its CEO. Arbuckle has held high-level executive positions at casinos such as Star Gold Coast, Showboat Australia, Tabcorp, Burswood Casino and more.