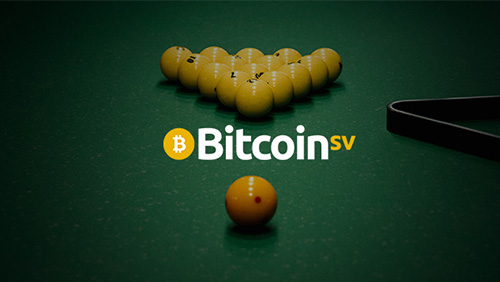 The world of blackball pool is about to get their introduction to the real Bitcoin. The International Professional Pool Association (IPA) have announced they will be sponsored by Bitcoin SV (BSV), thanks to a partnership with Bitcoin global ambassador and CoinGeek founder Calvin Ayre.

The IPA is the United Kingdom’s premier blackball pool association, organizing events throughout the year for the best pool players in the U.K. Their events reach millions of potential viewers via live streams, as well as over cable television on Freeview 64, Sky 422 and Virgin 553.

Thanks to Ayre’s sponsorship, those viewers are about to get a lesson in the only digital currency to follow Satoshi Nakamoto’s white paper, BSV. The sponsorship creates the Bitcoin SV Premier League, starting at 7:30 p.m. on August 5. The league will feature 45 hours of prime time TV coverage, spanning 15 weeks. Players who win events will also be paid out their prize money in BSV.

Ken Barton, chairman of the IPA, is excited about the opportunities this will create for the association and BSV. “Pool is one of the world’s only truly global sports and it great to have a new sponsor on-board that is a ground-breaker in financial technology,” he said. “I am on a steep learning curve at the moment but the world of Bitcoin SV is fascinating.”

Ayre also commented on the potential adoption that will come from this deal, as well as the chances that it might improve his billiards play. “This is huge opportunity to get the BSV message out in front of a mass audience,” he said. “And as a person who’s visited the odd bar over the years I’m looking forward to watching how pool should really be played.”

With a greater audience learning how BSV’s massive scaling, fast transactions and cheap fees are opening up new opportunities, and their favorite players now using the digital currency, this is guaranteed to start a conversation that steers more people towards the original vision of Bitcoin.