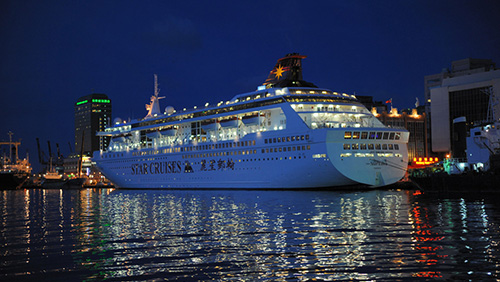 It was recently announced that the Solaire Resort and Casino in the Philippines would, in a couple of years, be able to benefit from the addition of a new cruise terminal located nearby. The terminal is expected to be built by a company with ties to Bloomberry Resorts Corp., which operates the Solaire, and is intended to be operational sometime in 2021. Bloomberry has now confirmed that it isn’t just helping to get a seaport launched close to the Solaire – it plans on building cruise terminals elsewhere, as well.

In a filing with the Philippine Stock Exchange (PSE), the company indicates that it has created a business arm that will “establish, manage and operate” cruise terminals. It added that the new entity, Bloomberry Cruise Terminals, Inc., is going to essentially be an extension of the company’s existing tourism and leisure operations.

There has been talk of a cruise port coming to Solaire for over a year. Bloomberry first hinted at the idea last May when Bloomberry subsidiary Sureste Properties submitted an application to Philippine regulators for the port. At the time, it was mentioned that the initial ramp-up for operations would take two years and that the entire project would take ten years to complete.

Now that things are starting to come together for the project, Bloomberry is going to turn the idea into reality. A tender for construction of the terminal could be approved sometime in the third quarter of this year.

According to the PSE filing, “The operation of this new company will start with the tender facility that Bloomberry Resorts’ subsidiary Sureste Properties Inc. will establish under a lease with the Philippine Ports Authority in the port of Salomague in Cabugao, Ilocos Sur.” It further indicates, “Another cruise terminal project that this new company will manage in the future is the proposed Solaire Cruise Center and Yacht Harbor.”

The Tourism Infrastructure and Enterprise Zone Authority (TIEZA) in the Philippines has reportedly signed off on the project. The filing states, “The [TIEZA] has recently approved the designation of the proposed Solaire Cruise Center and Yacht Harbor as a Tourism Enterprise Zone, subject to certain conditions.”