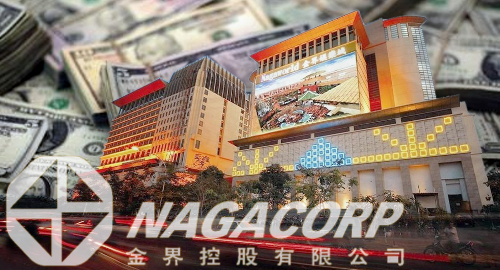 Cambodian casino operator NagaCorp saw its net profit jump by more than one-third in the first half of 2019 as both VIP and mass market gaming segments continue to shine.

NagaCorp, whose NagaWorld property holds a casino monopoly in Cambodia’s capital Phnom Penh, reported VIP gambling turnover of nearly $23.2b in H1, a 38% rise over the same period last year. However, VIP revenue rose by a more modest (but still impressive) 18%, as VIP win rate dropped from an above average 3.3% to 2.8% over the same period.

The mass gains were attributed to Cambodia’s international tourism arrivals rising 11% to 2.9m over the first five months of 2019. The growth was spiked by a 40% rise in visitation from China, which accounted for 38% of all international arrivals over that span. Vietnam (11%) and Laos (7%) were the next highest countries supplying tourists to Cambodia.

Despite the gaming surge, non-gaming revenue was essentially flat at $19.2m in H1, although the company claimed a gross profit of $16.2m off this segment on a not too shabby 84% margin.

NagaCorp humble-bragged that its market capitalization stood at approximately $6b as of July 23, a 13x boost from the value at the company’s initial public offering nearly thirteen years ago. The company also said it was better situated than some of its rivals to survive the ongoing trade war between China and the U.S., in part due to Cambodia’s close geopolitical relationship with China.

NagaCorp credited the Naga2 extension with accelerating visitation growth, leaving the company all the more excited about its proposed $3.52b Naga3 expansion. The company’s CEO, Dr. Chen Lip Keong, has promised to fund half the project’s costs, for which his stake in the firm will be elevated from 66.1% to nearly 73.2%.

On Monday, NagaCorp announced that Steelman Partners LLP would handle the design of Naga3. Steelman, which has vast experience designing casino projects in Macau, Vietnam, the Philippines and Saipan, also worked on the design of NagaWorld’s previous two phases.

As for NagaCorp’s in-development Naga Vladivostok project in Russia’s far east Primorye gaming zone, the company repeated previous guidance that the project “remains broadly on schedule for completion in 2019.”

US casinos enjoyed record revenue of $43.6b in 2019’s pre-pandemic paradise
Steven Stradbrooke
6 hours Ago