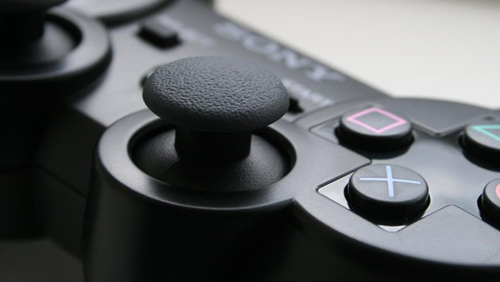 Regulators in the U.K. have been keeping the gambling industry in line, and specifically preventing it from harming children as much as it possibly can. But now it turns its watchful eye to the gaming sector, where gambling is more directly marketed to children, but dolled up as “surprise mechanics.”

The U.K. Gambling Commission (UKGC) recently told MPs that video game developers are at risk of prosecution, The Guardian reports, if children are found to effectively be gambling with their products, with Call of Duty and Counter-Strike specifically being mentioned. That warning came in an evidence session with the digital, media, culture and sport select committee, who are currently investigating links between gaming and gambling.

Although gaming lootboxes, like those found in Electronic Arts (EA) popular FIFA series or gun decorations found in Counter-Strike, are not technically considered gambling under English law, as Bloomberg revealed in a 2016 expose, shady sites allow players to gamble on skins, as the Valve marketplace has created rarity and value for specific items.

If all of this millennial talk is losing you, let’s compare it to pachinko. While pachinko is a legal game in Japan, gambling through pachinko games is technically illegal. So while playing the game is fine, collecting winnings from it becomes a complicated process involving balls, tokens, and maybe a walk down an alleyway to talk to a tattooed man who scares you a bit.

It’s like that! Except in Counter-strike’s case, it’s visiting questionable sites that let you buy skins, hoping to find one of value that you can then sell on the Valve marketplace.

Brad Enright, programme director at the UKGC, told MPs that they are “constrained by current legislation” to fight this problem, but that they were ready and eager to act if laws changed.

The UKGC specifically noted that EA is not as bad in this way, as their lootboxes can’t be as easily sold. However, keeping in mind that many gambling operators aren’t punished for the possibility of winning, but rather the tactics they use to promote their product, Ian Lucas commented that they should be considered just as bad:

“If businesses like EA don’t want to encourage gambling, why do they continue to use loot boxes? It seems to me that, bearing in mind children are using these games, that it’s creating an understanding of a process very close to gambling and that concerns me. It seems to me is that it makes money for EA.”

It makes a lot of money for EA, with an estimated $2 billion in revenue in 2017 from loot boxes alone, a number that was likely to have increased since then. Neil McArthur, the UKGC’s chief executive, noted that what concerns him with companies like EA, rather than gambling sites, is a lack of age verification for purchases. All gambling sites, even those that are just pretend, require a user from the U.K. to submit their age. Any child can buy a skin, or loot box, and get hooked.