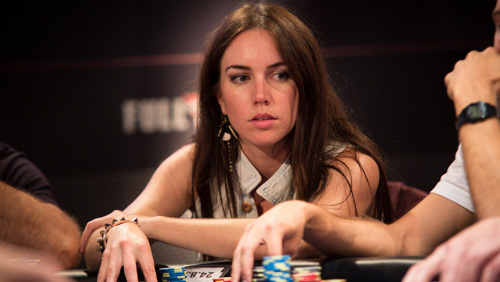 3: Barrels from the world’s largest online poker room including confirmation of European Poker Tour Prague in December, the beginning of MicroMillions 15, and a new YouTube Channel for the nerds created by Liv Boeree.

Four years ago, on a night of stalactite snot, Hossein Ensan held onto his chips longer than his 1,043 competitors, handcuffing himself to the PokerStars’ European Poker Tour (EPT) Main Event trophy. That was Prague, and by the time you’ve read this, Ensan would have won the most significant sum of money in his life as he starts the World Series of Poker (WSOP) Main Event Final Table with the chip lead, having already locked up $1m.

If you want to follow in the same ski tracks as the German warrior, then you’re in luck. Christmas wouldn’t be the same without a visit to Prague, and the PokerStars EPT returns in December. We don’t have much to go on—clues are as scant as a Luc Besson assassination flick—but here’s what we know.

There’s a long way to go before you get your skis out. In the meantime, why not escape from the blazing heat of summer, by playing PokerStars’ MicroMillions, the richest low stakes tournament series in poker.

“What if the world was made of blueberries?”

It’s a question that got under the skin of Anders Sandberg to such a degree that he created a seven-page research paper answering the question.

If the world were made of blueberries, then there would be a drastic reduction in gravity causing the worse earthquake in history, and the heat emanating from the earth would create a lava-like blueberry jam that would melt the living crap out of us.

Sandberg is a researcher at Oxford University’s Future of Humanity Institute, an organisation close to the heart of Raising for Effective Giving (REG). PokerStars Ambassador, Liv Boeree, is one of REG’s co-founders, and last week, she launched her new YouTube Channel – ‘Live Curiously With Liv Boeree’, and Sandberg was her first guest.

Here is a sneak preview:

And the blueberry paper.