Home / Casino / Melco celebrates one year of operation in Cyprus 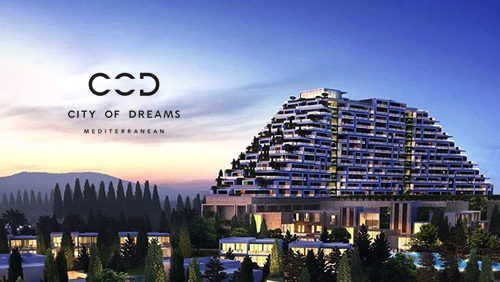 How are the Melco Resorts & Entertainment Cyprus Casinos doing? Quite well, thanks for asking! The operator held a conference recently to celebrate the one year anniversary of opening the resorts, and the numbers they released have them quite happy with themselves.

As Inside Asia Gaming reported, Melco CEO Lawrency Ho announced at the press conference that in one year, 880,000 total visitors entered the doors at their three Cyprus properties. Limassol did the best with 710,000 total visitors. The satellite casinos of Nicosia and Larnaca received 130,000 and 40,000 visitors respectively.

Ho had a lot to say about how well the operations had been doing, and all of it was very much on a positive note. “I’m extremely happy with our first year of operations here in Cyprus, progress has been swift and the local economy is already benefitting from the strong partnership we’ve created with CNS Group,” Ho said.

They’re looking to a big future as well, and Ho believes it will come thanks to a cooperative government and a thirst for gambling. “Everything is in place for significant and sustainable growth. The government has a clearly-defined vision, the community is supporting us and the success of the satellite and pop-up casinos we’ve already opened are evidence of strong consumer demand,” he said.

They aren’t even close to done with their plans in Cyprus. The City of Dreams Mediterranean started construction in April 2019. The integrated resort is expected to be complete sometime in 2021 and will cost $617 million to build.

In the short term, the operator will add two more satellite casinos in Ayia Napa and Paphos. Those should represent a few smaller, regional gambling options. Really though, Ho is looking forward to the big venue. He said:

“Once open, our integrated casino resort, City of Dreams Mediterranean will rewrite the tourism guides to Cyprus and make this beautiful island an internationally recognized year-round destination.”

Those are high hopes, but based on nearly a million guests in a year of operation, without having the main attraction open yet, tends to give one faith that Cyprus is going to be all that Melco is hoping for.