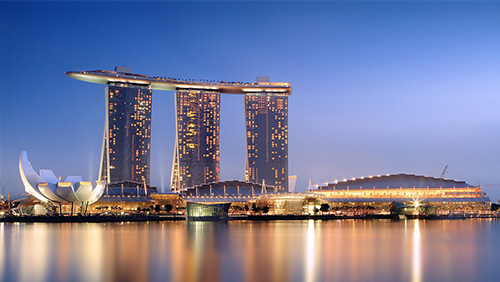 Like Oliver Twist in the novel by Charles Dickens by the same name, Marina Bay Sands is asking for more. It is reaching out to lenders in search of another $6 billion in financing for its expansion plans, after borrowing $3.71 billion from 28 lenders seven years ago. Just like Oliver was lambasted by Mr. Bumble and Widow Corney for making the request, Marina Bay’s parent company, Las Vegas Sands (LVS), will most likely receive a similar response.

LVS still owes $2.91 billion for money it was given in 2012 and receiving more loans won’t come easy. Local financial institutions will most likely be hesitant to step forward, with one bank telling Reuters, “The borrower has not raised such a size before and it is also unprecedented for the market in Singapore.”

New lenders most likely will not be willing to jump in, which means that LVS will have to turn to existing lenders if it wants the money. Another banker told Reuters, “I don’t expect a significant number of new lenders joining the deal because the borrower has already combed the market in the past.”

LVS, as does virtually every major casino operator, wants to be awarded one of the three initial casino licenses in Japan. It has been pointed out that the company’s business model in Singapore works well, and could be adopted for Japan’s integrated resorts (IR). LVS has been hoping its continued performance in Singapore will show the Japanese government that, despite carrying massive debt and possibly influencing legal decisions, it deserves one of the licenses.

LVS has the largest chunk of the US casino market by market value. However, its revenue is dependent significantly on how the company’s Asian venues perform. LVS saw EBITDA (earnings before interest, taxes, depreciation and amortization) of $1.45 billion in the first quarter of the year, of which Singapore provided 29%.

That performance has allowed Moody’s Investors Service to continue to give the company a credit rating of Ba1, a rating it has held since 2015. The rating could be better, but certain bonds held by LVS “are judged to have speculative elements and are subject to substantial credit risk.”