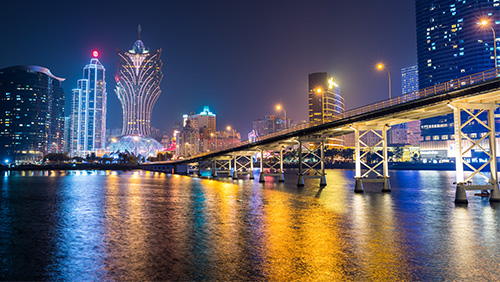 Melco International shareholders have decided that a little extra boost is due from the company’s performance last year. They approved a final dividend during a general meeting yesterday, after the measure was suggested by the casino operator’s management in March. The payout will be $0.003 per share (HK$0.0235) and the total to be distributed will be $4.6 million. Investors can expect the bonus to be paid most likely on July 5.

Melco International is the parent company of Melco Resorts and Entertainment, which operates several casinos in Macau and the Philippines. It is also working on a massive City of Dreams Mediterranean (CODM) on the island of Cyprus. Melco has already opened a few satellite casinos in the country as it ramps up operations in preparation of the casino resort’s grand opening in 2021. CODM was expected to open its doors by the summer of that year, but the company has been forced to delay the grand opening until the end of the year due to construction issues.

For last year, Melco International reported that its profit attributable to shareholders had increased by 10.2% year-on-year, reaching $66.77 million. That jump was enough to reward investors with their summer bonus.

The company has also announced that there has been a drop in the number of non-executive directors on its board, falling below the minimum requirement to maintain a presence on the Hong Kong Stock Exchange. Independent, non-executive directors have to account for one-third of a board, but Melco is losing Anthony Tyen Kan Hee to retirement, which is going to put it below that minimum threshold.

As a result, Melco is in the market for a new independent director. It stated in a filing with the stock exchange, “In order to comply with the listing rules, the company will strive to identify a suitable candidate to fill the … vacancies as soon as practicable and in any event within three months from June 13.”

Tyen had been a part of Melco’s audit committee, as well as its nomination committee as an independent director. It wasn’t mentioned if these responsibilities would be included in the scope of duties assigned to a new director when he or she is appointed.