Home / Poker / Opinion: online HUDs versus the oldies with pen and paper 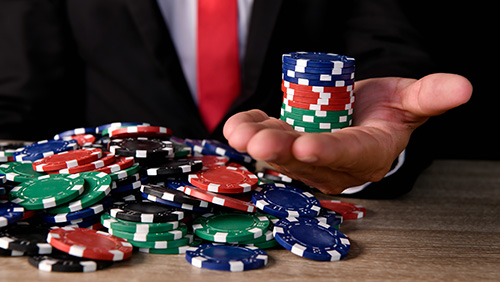 An opinion piece on partypoker’s decision to disable hand history downloads in a bid to make third-party software tools like Hold’em Manager, PokerTracker and TableNinja ineffective.

I remember the fear of not making the professional poker player grade. Butterfly wings reverberated around my belly with more force than during the decision to leave The Matrix.

The roles and responsibility statement for a ‘professional poker player’ screams ‘freedom’. There is no muzzle, because for many of us, at the start of our journey, we don’t know anyone who plays poker ‘professionally’. All we know is when we play; we feel free.

If I couldn’t turn a profit substantial enough to cover the life and death aspects of Abraham Maslow’s triangle, I would find have to give up my dream and find a ‘real’ job. I escaped from the path of least resistance’s magnetism despite the fear that I would have to start setting my alarm clock again.

As the months ebbed away, so did my hopes of making it. The valley of my wins and losses affected me badly. The axiom drummed into my DNA by a father telling me I had to support my family at all costs weighed heavily on me.

Then I met Alan Jackson, a coach at BluefirePoker, the online poker training site made famous by the likes of Phil Galfond, Jason Senti, Nimran Kenkre and Martin Fournier Giguère.

Jackson wasn’t the first coach I turned to, but he was the first to point out my leaks with Rambo-crossbow accuracy. BlueFirePoker hired Jackson because he was an expert at interrogating online poker databases such as Hold’em Manager (HEM) and PokerTracker (PT), pointing out your leaks, and suggesting modifications to plug them.

I had always been an avid user of HEM, but I had never used it to analyse my decisions, preferring vanilla over garlic bubble gum, and with Jackson’s help, I began to spend more time investigating, less time playing, and my win rate improved dramatically. I became a winning player, but more importantly, I had hope.

My beloved England lost to The Netherlands in the Semi-Finals of the UEFA Nations League in an error-ridden display. Gareth Southgate’s coaching team will now analyse every tackle, dribble and kick – identifying flaws both individually and as a connected whole. The information will then flow to the players, and improvements implemented.

Thanks to the birth of Opta Sports in 2006, professional football coaches can access the granular detail of every aspect of team performance, with as many as 2,000 data points covered.

The information is used to improve team efficacy, analyse opponents strengths and weaknesses, and identify players who display the attributes that will enhance a squad.

For example, data scientists working for Barcelona FC understand that Lionel Messi, one of the greatest footballers ever, creates more space than any other player at the club by standing still or jogging.

It’s not only football that relies on this data.

On June 17th, partypoker plans to carry out significant changes to increase the security and wellbeing of their non-professionals in a levelling of the playing field.

The poker community has been on a mission to take a hoe to the field since PokerStars killed off their Supernova Elite (SNE), believing they were eating online poker alive from the inside.

I am one of those ‘non-professionals’, and I’m not happy that my Heads Up Display (HUD) is being soaked in petrol and lit with a rather big match. Had these changes been suggested when I was trying to play professionally, I would have leaked saline, for sure.

The availability of ‘hand histories’ vastly improves the pro’s edge, but they’re also used to create future professional poker players. There are many ways to learn this beautiful game – a HUD is not the only way – but it was vital for me, and I suspect it would have been and will be, essential for others.

The man with pen and paper

During my first trip to Las Vegas, I stayed downtown and played poker in the Plaza. I was so green. I was buying everyone drinks.

My friends and I sat at a $1/$2 cash game, drunk and obnoxious. An older guy was playing with us, winning all of the money. We kept laughing at him because he had a pen and paper, and after each hand, he would stick his specs on the rim of his wizard-like nose and scribble.

“What are you writing, old man?” Asked one of the lads.

“How bad you are at poker,” he replied.

The laughter stopped. As drunk as we were, we didn’t like that this guy was taking notes. We could only use our minds, pickled as they were. One of the players asked the dealer if it was within the rules to take notes, and of course, it was.

There are people in this beautiful game of ours that have won millions and think a mouse is a white thing with whiskers that eats cheese and runs up the side of hickory-dickory docks. There is more than one way for an aspiring poker pro to skin the bot.

But the ability to play poker from the comfort of your little part of the solar system? That’s as comforting as realising that the smell of sulfur is coming from your arse and not the mouth of a fire-breathing dragon that’s just found its mother dead with a knife through her heart.

I don’t know what the answer is – I am not that savvy. But there must be a way for people to use a HUD without compromising the future of online poker. Our game is a strange beast. In football, for example, you don’t see Manchester United beating Wyndham Boys Club 22-0, but I can face Phil Ivey in the final of the World Series of Poker (WSOP) Main Event if I get insanely lucky.

If we remove HUD capability and hand histories, do we increase or decrease #2 & #3’s ability to become #1?

Can online operators create built-in HUDs to help all three?

If only #1 or #2 uses a HUD, does this mean that #3 will stop playing poker to take up knitting?

It’s a rare feeling to go to bed, excited to wake up because you want to go to work. I felt like that when I was trying to become a professional poker player, and using a HUD, and analysing hand histories kept the dream alive for me.

Maybe with the rise of artificial intelligence and the prevalence of bots, you can ignore everything that I have written. With the bot designers sitting in their labs thinking of ways of evading detection and winning more money, online poker’s future is as bright as a deep-sea diver without any arms or legs called Bob.

Just the old men with pens and paper.​

Is Jungleman leaving poker behind?
Paul Seaton
3 hours Ago