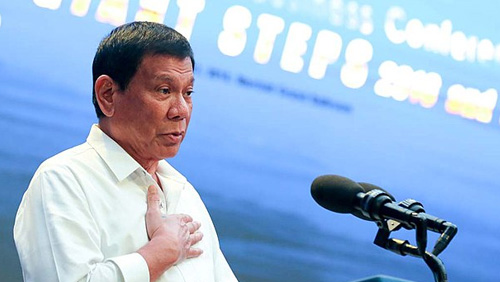 Dennis Uy, the Davao-based Philippine tycoon and owner of PH Resorts, has been looking to make a splash with their upcoming casinos in Mactan, Cebu, and Clark City, Pampanga. That effort looks like it might get significantly easier with the recent Executive Order (EO) signed by President Rodrigo Duterte, declaring the Clark Industrial Estate 5 (IE5) as an international center of commerce, industry, leisure and recreation.

Philippine outlet Business World reports Duterte signed the order on June 4, and copies of it were delivered to reporters on June 10. The IE5, which had previously been designated as a logistics center, has now been reclassified to suit a broader purpose. The EO explained the change was necessary because:

What the order accomplishes is that a wider range of activities and businesses can now be authorized to take place in Clark City, effective immediately. With Dennis Uy’s firm set to build a casino in the area, it’s not hard to connect the dots and quickly see how his operation could benefit from increased investment in the region.

Uy has admitted in the past that he has very close ties with the current president, who also hails from Davao. He’s admitted previously in a senate hearing to donating PHP30 million ($580,000) to Duterte’s election campaign. Although his business interests have increased quite a bit in the past 10 years, while Duterte as first mayor of Davao and then president of the country, Uy’s team has insisted that their fortunes have not been tied to the leader’s success.

That’s becoming increasingly hard to swallow. Duterte, who has notoriously been anti-gambling until a recent admission of defeat, suddenly signing a new order that would open up Clark City to investment has to raise questions. Is he doing this because after three years of ruling the country, he suddenly sees potential for outside investment in a burgeoning region? Or was he recently reminded that if his buddy gets some more help in his investment, everyone would be a lot happier?