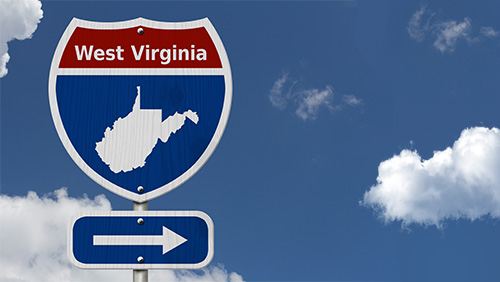 West Virginia approved legalized sports gambling at the beginning of the year. Online sports gambling soon followed and launched with the help of Delaware North. The activity didn’t last long, though, as Delaware North had a falling out with one of its suppliers over the latter’s inability to properly secure a license. Enter DraftKings, which was supposed to pick up the ball and run into the end zone. The sportsbook

successfully grabbed the ball, but has apparently decided to walk, not run, to make the score.

DraftKings conducted a series of mandatory tests for its online sports gambling platform in anticipation of a full launch that was supposed to happen before the end of May. The West Virginia Lottery, which is overseeing the activity, monitored the tests and concluded that everything was in order for a full launch. Now, a week later, there still doesn’t seem to be any forward progress made.

Online sports gambling in the state saw the light of day ahead of this past February’s Super Bowl but didn’t make it to the NCAA’s March Madness series of tournaments due to the issues with Delaware North. Now, it is missing out on the NBA Finals, of which two games have already been played (The Toronto Raptors and the Golden State Warriors are tied at a game apiece).

More than a handful of West Virginia sports fans are chomping at the bit for DraftKings to get its game together. One, “Dr. P,” said on Twitter, “Try making a deposit every day, waiting for the one day that it asks me for my credit card number.”

His tweet was in response to a post by PlayWV.com that brought to center court the DraftKings delay. It linked to a report on its website about the sportsbook’s pending launch, stating, “We’re still waiting for @DKSportsbook to make an appearance in #WestVirginia. When it does, the revenue report will look much different than it does today. Thankfully.”

There hasn’t been any news out of DraftKings why it could be facing delays – perhaps it has had issues with its mandatory geolocation restrictions or just wanted to see what was going to happen with the courts and the Department of Justice/Wire Act escapade. The latter has fortunately had a happy ending, at least temporarily, for the gaming community, so DraftKings might now be more anxious to get in on the game.