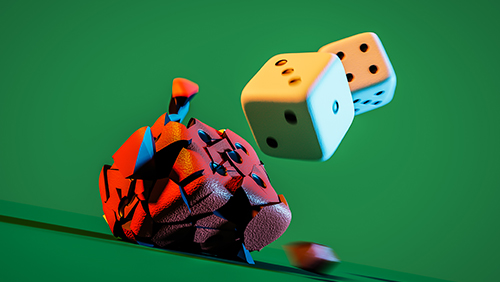 MaxEnt Limited, the operator behind brands like Slotty Vegas and BetAt brands, has lost its U.K. license. This comes after the U.K. Gambling Commission (UKGC) decided to question exactly how it went about it’s recent change of ownership, reports iGamingBusiness.

The Malta operator, formerly known as NRR Entertainment, was acquired by MaxEnt. The commission has doubts over the May 2018 sale though, and wants to know how MaxEnt came up with the funds to make the purchase.

Ultimately, the license has been revoked, at least for the time being, because the Commission states it would never have granted the license in the first place had they known MaxEnt was going to take over control of the company. They simply don’t know enough about the new ownership and, it could be inferred, they don’t trust them enough to let them operate gambling websites in the country. They stated:

“[The] Commission also identified concerns relating to the new controller’s suitability, in that it appeared that he had provided conflicting information and had failed to be full and frank in his dealings with the Commission.”

The sites run by MaxEnt have until June 18 to stop offering services to customers in the U.K. The Commission expects them to exit in an orderly way, informing their customers of the decision and leaving no messes.

Even before the deal became obvious, NRR Entertainment wasn’t a favorite of U.K. regulators. In July 2018, the Advertising Standards Authority (ASA) called out Slotty Vegas for advertising that crossed the line. An online promo of theirs said “our games pay more,” a claim the ASA said didn’t hold up when their slots were compared with the competition.

There’s no published information to suggest that MaxEnt can’t be trusted as an operator, to be clear. Other than the June 2018 advertising dust-up, which came a month after the sale, there’s no scandal associated with the company. Something in that license discussion with the UKGC must have raised alarms for them to react so decisively.

Update: MaxEnt Ltd. reached out to inform us that they are in the process of appealing the decision of the UKGC, and intend to stay in the U.K. market. Their full statement cant be found here.