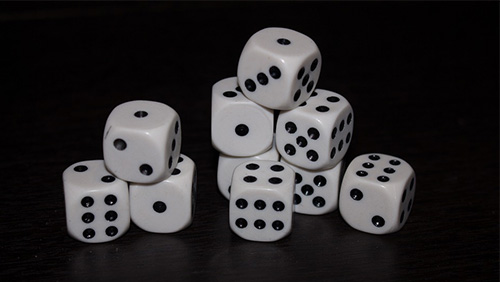 Downtown Los Angeles was the scene of even more high-profile activity than usual last Friday, thanks to the city’s law enforcement departments. The Los Angeles Police Department (LAPD), in conjunction with a SWAT team, raided a business in downtown LA that was apparently a major hub of illegal activity, including gambling, drug trafficking and prostitution. By the time the operation was over, at least 35 individuals had been arrested.

Everything began simply enough with police officers showing up with a search warrant to investigate the location for illegal activity that including gambling, firearms sales, drug possession and trafficking and prostitution. Police were forced to get more serious when one of the individuals present decided to barricade himself in a room, resulting in the LAPD deploying tear gas to draw him out.

There is a known underworld of illegal gambling in California, a state that allows tribal casinos but no commercial venues. Those legal operations are low in numbers compared to California’s population, making it a breeding ground for illicit entrepreneurs who know how to game the system. Police have a difficult time preventing the activity, with a new one appearing each time they take down an illegal venue.

The illegal gambling houses aren’t always centers for extreme criminal activity. A bingo hall was raided this past January by LAPD after receiving a tip from a disgruntled resident – the activity was taking place in a retirement community in Woodland Hills. It had been operating without a license, which is free for senior groups.

However, some cases turn more dangerous, such as the latest raid in downtown LA. The presence of arms and narcotics could be an indication of gang affiliation, which is often linked to drug mobs out of Mexico. Law enforcement across the state, as well as in other states that border Mexico, have been fighting the battle for years and the assistant district attorney for San Francisco, Archie Wong, said in 2017, “It is very important to have a long-term solution to shutting down these shacks. It is very important to find out who the owners and operators truly are. You have to follow the money. You have to go upstream.”