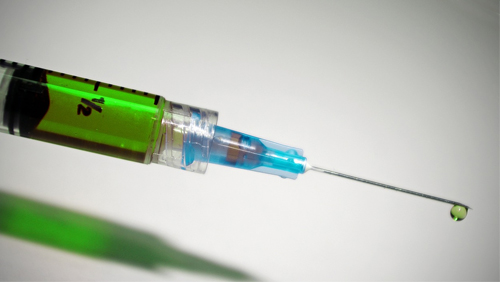 The rubella outbreak in Macau doesn’t appear to be over yet. The most recent case involves a pregnant staff member of StarWorld Casino, reports GGRAsia.

This comes from a June 1 announcement from the Macau Health Bureau. The woman tested positive for rubella, also known as German measles, in a May 31 test. Doctors are closely monitoring the woman’s health, and keeping an eye on those she was in close contact with. She’s currently 14 weeks pregnant.

Galaxy Entertainment Group operates the StarWorld resort where the woman worked. The same resort was one of the hot spots for rubella outbreaks in April, when the outbreak first hit Macau hard with twelve staff infected in total.

Just in the months of April and May, Macau saw a total of 50 rubella cases, with many of them affecting casino staff. Besides StarWorld, staff at the MGM Macau and City of Dreams Cotai has also been impacted.

This new case helps add to evidence that the rubella outbreak is worse than Macau wants to admit. In mid-May, the health bureau denied that there even was an outbreak, despite having 37 cases for the year so far. They also cited an investigation that the vast majority of pregnant staff had shown immunity to the disease.

Those denials aren’t measuring up very well when the number of cases continues to climb, and now count a pregnant staff member amongst their numbers.

The situation might have been helped had the casino operators paid more heed to New Macau Gaming Staff Rights Association when the first cases were reported in April. The labor group warned that staff felt pressured to report to work even when not feeling well, potentially causing rubella infected employees to spread the disease. Had the operators taken done more to encourage these employees to stay home, there might have been less cases.

The best solution though are for staff to get vaccinated before an outbreak even happens. Many of the cases reported involve mainland Chinese staff who were not vaccinated when younger, causing them to be vulnerable to the disease.