Home / Business / John English: We want Asian operators in the US 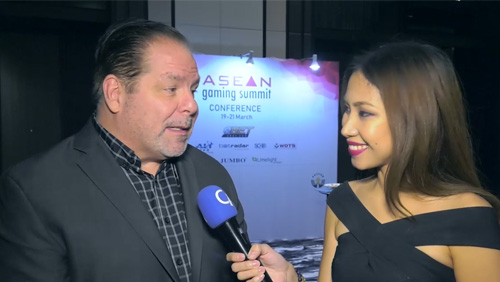 The spread of sports betting in the U.S. could mean big business for a lot of operators, but the question is who’s willing to go through the rigorous process required to enter the market. To help break down the situation, CalvinAyre.com’s Stephanie Tower spoke with a veteran of the industry, Managing Director of Sports Betting and Technology at Global Market Advisors John English.

With the repeal of the Professional and Amateur Sports Protection Act (PASPA), states have started rolling out sports betting regulations to bring the activity into their state legally. As a result, business is rushing in. “We’ve seen a lot of states open up, some allow for certain things, some don’t, and we’ve seen an amazing rush of European companies and other companies, and now hopefully some Asian companies as well, start to make their way to the United States,” English said.

So for operators looking to enter the market, understanding the conservative American approach, and their stricter regulations, is an important factor. In the United States, we put a lot of scrutiny on gambling,” he explained. “We want to make sure it’s safe, we want to make sure it’s not catering to underage patrons. So the challenges are different state by state, but realistically, it’s a lot of investigation, it’s a lot of testing, we have testing on equipment that needs to be done.”

For Asian operators who are interested in entering the market, they simply need to go through the testing same as any other firm would. “A lot of companies are coming from the U.K., they’re facing the investigations, they’re doing everything that they should be doing, and I don’t think it’s much different for an Asian facing company,” English shared. “They’ll have to go through the same process, and I think they should. There’s a lot of great technology out here that we’d like to see move in our direction.”

Having decades of experience in sports betting, English might be better suited to make predictions than most, and he sees big things for the emerging market. “This year I expect to see some major states come on board, New York being one of them that we’re hoping to see,” he predicted. “The bigger states have kind of held back a little bit, like Texas and Florida, California. Those are the ones that are a little slower to move, but we’re expecting to see about $140 billion in marketplace over the next few years, so it’s actually going to be very big for us.”

If those Asian operators are interested in creating a presence in the U.S., they likely won’t have to fear integrity fees. “The integrity fee turned into more like a royalty, but what really happened was it doesn’t work economically,” English explained when asked what happened to the controversial sticking point of early negotiations. He went on to explain:

“There’s just not enough money in the sports betting margins to be able to afford a league fee. They were requesting 1%. So what that’s evolved to has been partnerships, which has been really good. You’ll see companies like GVC and Ladbrokes… just partnering with MGM. So you’re seeing a lot of partnerships take place, you’re going to see sponsorships, you will eventually see names on uniforms. You’re already seeing partnerships with major betting companies like William Hill. Those are in place of I guess what we’d consider an integrity fee.