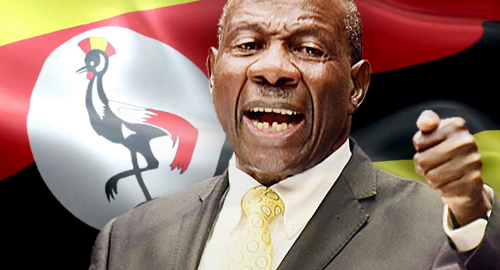 Uganda’s government is mounting a state-run takeover of the nation’s gambling industry, according to local media.

On Friday, the Daily Monitor reported that Uganda’s finance minister Matia Kasaija (pictured) had written a letter to the National Gaming Board Uganda (NGBU) affirming the government’s January statement that it would issue no new gambling licenses while letting existing licenses expire without being renewed.

The government subsequently clarified that its new policy applied only to international operators who’d set up shop in Uganda but repatriated the bulk of their revenue to their home territories. But in a letter dated April 24, NGBU chairman Manzi Tumubweine sought further guidance from the government as to the specifics of its plans.

Tumubweine’s letter noted that the NGBU had received 60 applications from gambling operators for licensing in 2019 and that the NGBU had “evaluated them accordingly.” Kasaija’s May 14 letter appears to have brushed aside these concerns, instructing the NGBU to “stop licensing of gaming and betting with immediate effect.”

The Monitor also reported that the minutes of a January 14 Cabinet meeting appear to have exposed the government’s true intentions. The minutes state that once the existing NGBU betting licenses expire “the state would have the monopoly on sports betting activities countrywide.”

The Monitor claimed that “highly placed sources” within the finance ministry had intimated that the government plans to create a new ‘National Gaming and Lotteries Company’ to operate the state’s betting activities under a new regulatory scheme. However, these sources cautioned that the nuts and bolts of this plan were far from final.

The government has made little secret of its desire to tighten its grip on the gambling industry. As of March 1, Ugandans wishing to gamble are required to provide government-issued identity cards demonstrating that they are at least 25 years old. Customers also have to register their mobile phone numbers with the government’s new central monitoring system.

In March, the NGBU issued a status update on the local gaming industry, which had 49 licensees as of 2019, with another 11 applications pending. The bulk (32) of these licensees are approved to offer sports betting, but only 22 betting licensees—nine of which offer online betting—are actually in operation at present.

Ugandan-licensed operators pay 20% of their gross gaming revenue and are required to withhold 15% of gamblers’ winnings. The government expects to reap around UGX50b (US$13.3m) in gambling tax revenue in the current fiscal year, up from UGX45b in 2017-18, and more than four times the UGX11.1b the government collected in 2013-14.