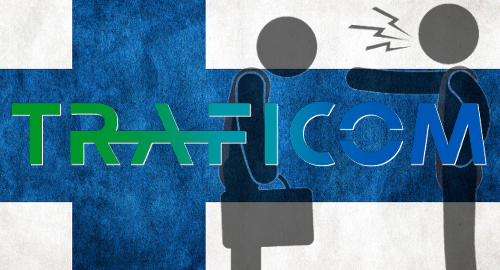 Finland is the latest market taking an extremely dim view of gambling advertising, particularly when it competes with the local monopoly.

On Friday, Finnish news outlet YLE quoted local police and the Traficom telecom watchdog saying they’d teamed up to eliminate ‘illegal’ gambling advertising on local television and radio. Traficom warned media outlets that they could face cancellation of their broadcast licenses should they be found guilty of ‘repeatedly’ violating the advertising norms.

The ability to promote gambling products and services is limited to the state-run Veikkaus gambling monopoly. Earlier this month, Veikkaus warned that its future revenue was under threat from “tightening digital competition, where gaming is shifting strongly towards the digital channel.”

The government’s interest in restricting gambling ads comes just weeks after Finland’s National Institute for Health and Welfare (THL) publicly urged tighter regulations on gambling marketing. However, THL also called on Veikkaus’ marketing to be reined in, saying the firm’s slogans were “at odds with public health communication.” THL said gambling ads “should be consistent” and subject to rules governing “other harmful products” like tobacco and alcohol.

At the time, Veikkaus’ managing director Velipekka Nummikoski defended his group’s marketing, saying it paled in comparison to the “very aggressive” come-ons offered by internationally licensed online gambling operators. But recent studies have shown Finland’s problem gambling ranks swelling following the merger of the country’s three gambling monopolies under the Veikkaus banner in 2017.

Last week, Veikkaus revealed that its first-quarter revenue was essentially flat at €438.8m, with its lottery unit the only one to post a year-on-year improvement. Turnover was down 4% to €774m, of which 30.8% came via the firm’s digital channels.

In April, Veikkaus reportedly awarded a four-year contract to sports betting technology supplier SBTech. The hope is that an improved digital wagering offering will allow Veikkaus to better compete with its international rivals.