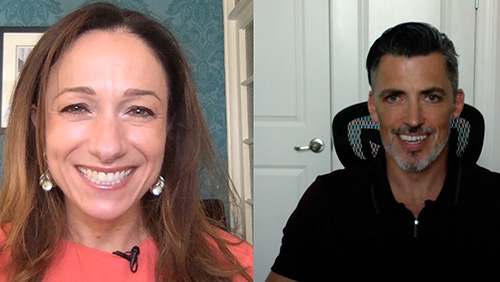 Here we are, just over one year since PASPA was repealed and all eyes are now on the regulated U.S. sports betting and gambling market. The inaugural Betting on Sports (BOS) America and ICE North America, two events focused on this market, are now behind us and the iGaming industry is full of excitement because this is exactly what we’ve all been waiting for.

“What’s happened over the last 12 months has been explosive,” Keith McDonnell of KMigaming told me of the U.S. market.

“In 2018, we’ve seen eights states legalize sports betting, we’ve seen four already in 2019. We’ve seen a flurry of activity within the commercial deal world, most recently Fox Sports and Stars Group with the Fox Bet proposition. We see suppliers fighting against each other, SBTech, SciGames Kambi, to sweep up all the big operators in the U.S., whether it’s the casinos or the online brands like FanDuel or DraftKings,” he said.

“There’s been so much activity and I think when people say well its been slow, I think what they really mean is there’s a long way to go. There’s been something happening every week, when you analyze it…I think we’re going to see a similar evolution of activity over the next 12 months,” McDonnell added.

When McDonnell and I spoke last year, he broke down the U.S. market into three categories: states that would move fast, states that would require a lot more time and effort before making a move, and states that fall in between these two extremes. For this year, McDonnell predicts we’ll see another eight or nine states going live with sports betting, but not without challenges.

“I think the real difficulty for operators and states, actually, is how they regulate internally and how they tax. For operators, its not a case of simply having a compliance team and paying tax once and that covers all their multi-state activities, they have to treat the U.S. like the European Union,” McDonnell explained.

“The difficulty for states is getting the regulatory framework right, getting the taxation levels right, such that what they are doing doesn’t drive the offshore market,” he said.

“If they overtax and make things really difficult for operators to make money, what they are going to do is legitimize the sports betting market on a mass market basis and help funnel business offshore. How can a regulated operator who has to pay a high chunk of tax compete with an offshore market who don’t? Its just not viable,” McDonnell added.

For the past several years the question of what opportunities lie within the U.S. market for U.K., European and other international gaming companies has been brought up again and again. What’s important to remember is that U.S. gaming companies also have an opportunity overseas, in the more established and more lucrative international markets, such as Asia.

“A lot of the focus has been on what’s happening in the U.S. and quite rightly, its been a seismic shift over the past 12 months. Now that the U.S. has woken up to sports betting and online gambling, what opportunities exist for those operators overseas?” McDonnell posed.

“When you look overseas, there’s mature, established, very large markets there that are generating high levels of revenue now. We’re not talking about New Jersey where its 300 million in turnover each month, we’re talking about multiples of that on a weekly basis,” he said.

McDonnell, who has a wealth of knowledge and experience in the Asian market, explained how regulated, listed companies have historically found the lack of regulation in the coveted Asian market to be a real barrier, but its doesn’t have to be that way.

“It is a barrier, but its not an uncircumventable one and I think with the right corporate structuring and partnerships in place with local partners, those sorts of things can be tackled,” McDonnell explained.

“The issue is there’s a lot to be considered and tackled within the U.S. for these U.S. companies, but I would suggest they maybe should spend some time thinking about the opportunities that exist overseas as well,” he advised.

The iGaming industry is and has always been international and there are always more opportunities overseas, no matter which direction you are going in. For example, McDonnell identified opportunities in the U.S. market and moved his family from the U.K. to the U.S., a dream for plenty of iGaming professionals and a move that’s paying off on his part.

“The big challenge for people is the Visa, but the reality is when you get here, there’s a lot of practical settling in to happen. It probably took me and my family between three and five months to really settle in, get cable TV set up so I can watch Liverpool whenever I want to,” McDonnell said with a big smile.

“We really are very happy here, it’s a wonderful country, its got its challenges like anywhere else, but we don’t regret the move and we’re looking forward to the future,” he added.