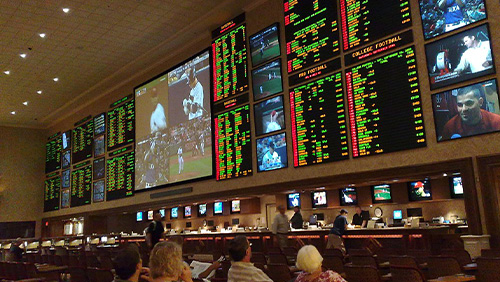 The American Gaming Association (AGA) is taking a cue from regulations implemented in other countries. It has released a set of guidelines for sports gambling advertising, titled “Responsible Marketing Code for Sports Wagering,” which is designed to provide methods for media outlets to employ when advertising sports gambling services and to monitor the impact sports wagers have on society. However, some argue that the code doesn’t go far enough.

The publication (in pdf) mostly concentrates on sports gambling marketing material and its dissemination through social media. One section of the report, “Controlling digital media and websites,” is completely dedicated to the topic. It covers how to protect youth from advertising and messaging while, at the same time, still covering necessary responsible gaming campaign material.

What is missing from the publication is the subject of TV advertising. This is where the AGA differs from other countries. The U.K., Italy, Australia and others are looking to curb all forms of gambling advertising, especially on TV, but the AGA makes no mention of how the activity will be policed or regulated in the United States.

This isn’t too surprising, given the culture of integration between TV and sports gambling that is being witnessed ever since the U.S. Supreme Court dumped the Professional and Amateur Sports Protection Act of 1992 (PASPA) last year. A long list of agreements is being formed between sports media outlets and gaming companies, and cutting off their ability to advertise on the TV would not sit well.

ESPN, for example, is in bed with Caesars. The two are going to begin to produce sports gambling programming, which would be difficult with controls placed on advertising. ESPN is owned by Walt Disney, one of the most influential companies in the U.S., and its CEO, Bob Iger, asserts, “We’ll provide programming that will, I guess, be designed to enlighten people who are betting on sports. But that’s as far as we would go.”

Fox Sports has hooked up with The Stars Group for sports gambling media and has even launched a new app, Fox Bet, for placing bets on smartphones. Eric Shanks, Fox Sports CEO, sees a huge market coming and would certainly do anything to keep marketing regulations as flexible and loose as possible. He asserts, “The revenue driver is engagement. If you can raise the national rating for our NFL regular season by a tenth of a point, that’s probably more revenue than you’ll see in the next year or two out of sports wagering.”

In the world of “you wash my back, I’ll wash yours,” it’s unlikely that the U.S. will see strict bans on gambling activity more than just a superficial covering to appease some groups. In general, the collective gambling industry will work to ensure it has free access to consumers.