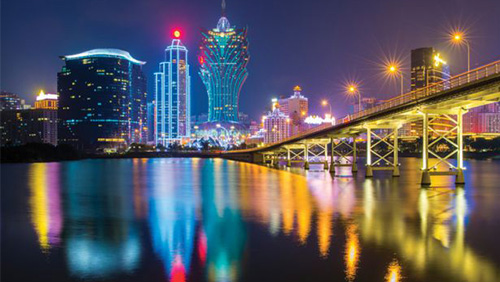 Melco Resorts and Entertainment has stepped forward and decided that supporting Macau’s non-obligatory pension plan is a good idea. The plan is designed to give employees better benefits in their old age and to offset any possible reductions in the government’s social security program. Melco announced that it would join, following a similar announcement by Wynn Macau earlier this month.

The “Non-mandatory Central Provident Fund System” was created in January of last year and Macau has stressed that businesses are not required to participate—that it is a completely voluntary program. However, the city also didn’t hide the fact that it would be in the casinos’ best interests, especially when it came time to consider things such as concession renewals.

Melco will join the program this coming July. All new hires from July 1 will have the option of enrolling in the program, while existing employees that are in one of the company’s only pension plans can opt to switch or keep going with their current enrollment(s). The changes will affect employees at the company’s four venues in the city—Altira Macau, City of Dreams, Studio City and the Mocha Club electronic gaming machine facility.

Melco’s boss, Chairman and CEO Lawrence Ho, explained in a press release (in pdf), “Our colleagues are integral to the company’s achievements, and we are pleased to support the Macau SAR Government’s Non-Mandatory Central Provident Fund for our Macau resident employees.”

Those employees enrolled in the plan have to contribute at least 5% of their basic salaries each month to the fund. The employers are required to match the amount.

The press release adds, “The Non-Mandatory Central Provident Fund aims to enhance social protection for Macau residents in their old age and is designed to complement the existing social security system. Melco will facilitate communication sessions to introduce the Non-Mandatory Central Provident Fund System to our colleagues so they are able to make an informed choice.”

SJM Holdings Ltd. and MGM China Holdings Ltd. are going to join the pension plan, as well. They have “voluntarily” decided to transition their employees to the fund in order to have their concession licenses extended from 2020 to 2022. In doing so, it puts all six of the Macau casino operators aligned regarding the expiration of their operating concessions.