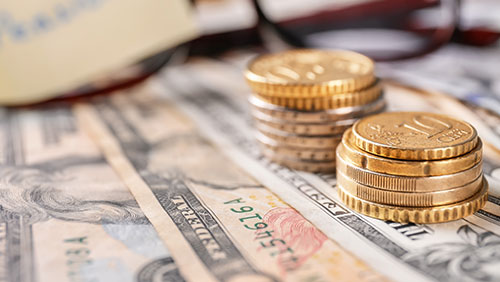 Casino operators in Macau are being encouraged to participate in a “voluntary” pension plan run by the government for other businesses. Labor representatives in the gambling enclave want the six operators to get onboard, saying that it will help protect workers and give them better options for their pensions.

The Power of the Macao Gaming Association (PMGA), a Macau labor group, and Macau legislator Leong Sun Iok have expressed their desire that the casino operators sign up for the “non-mandatory central provident fund.” Iok is a member of the Macau Federation of Trade Unions, a traditionalist workers’ group.

In a conversation with media outlet GGRAsia, PMGA director Lei Iok Po said, “The six casino operators have different pension schemes…but there are practices that… employees – upon ‘reasonable dismissal’ – will not get a single cent of the employers’ contribution to their pension scheme.” He then added, “In that sense, the government’s provident fund scheme is better because the employee can obtain the employer’s contribution in any scenario of a labour contract termination.” He pointed out one potential downside to the pension fund, though, stating, “The disadvantage with the government scheme is that workers can only withdraw their funds [pension money] at 65 years old.”

The non-mandatory provident fund is relatively new, having been introduced only in January of this year. According to the fund’s guidelines, employees and employers are expected to contribute 5% of the employee’s basic monthly salary to the fund. More can be added if the fund manager is notified in advance.

The vice president of the Social Security Fund’s (SSF) administrative committee, Un Hoi Cheng, expressed this past Wednesday that the government is still coordinating with more companies to participate in the fund, for which the SSF hopes to drum up a great deal of support. His comments came during an open forum with representatives of the Federation of Trade Unions (FTU).

An FTU representative who attended the forum told GGRAsia, “The withdrawal limitation for the non-mandatory provident fund [at 65 years old] is clearly a disadvantage. But we learnt that the casino operators are quite positive towards this provident fund scheme, and they have held some explanatory sessions to their workers on the scheme before.”

The representative further detailed the casino operator’s involvement, adding, “We do hope that the casino operators can join the provident fund scheme, so that the workers have more choices in placing their money for their pension fund. And that casinos’ act will also inspire other companies to follow.”

There have already been 9,000 individual and 44 corporate applications to join the fund since its inception. According to the PMGA’s Lei, “We actually think that the required contribution rate at 5 percent is too low – it can be up to 7 percent or 8 percent [for both employer and employees], a level that we think the workers don’t mind paying and can better compensate workers for the inflation seen in past 10 years or so.” He concluded by saying, “To protect workers’ rights, the Macau government definitely should have more say in its requirements on how the contribution should work for the provident fund scheme…especially when we are talking of the fact that the Macau gaming concessions will be refreshed.”