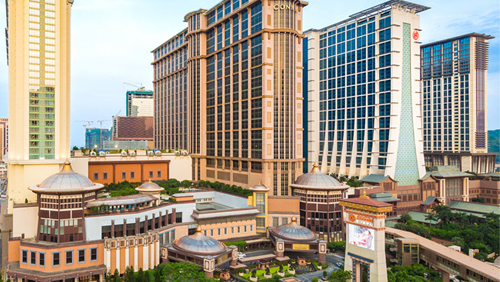 More details are emerging about the renovation of the Sands Cotai Central resort, soon to be renamed the Londoner Macao. In a May 8 press conference, casino operator Sands China Ltd. gave new information on what visitors will find inside once renovations are complete.

GGRAsia reports the gaming space will remain the same it was at 34,000 square meters (365,973 square feet), but Sands plans to use that space more efficiently. Table games will increase from the current 390 to 450, and slot machines will go up to 2,000, from the current 1,700. The space will also include “exclusive rooms designed for VIP and premium players.”

The new resort will feature a 6,000 seat-arena, with an additional 34,300 square meters of meeting and convention space. On top of that, there will be 200 shops, some of them specifically slotted to be British heritage brands, and 13 ballrooms, because the U.K. loves a good choice of ballrooms, I guess.

There’ll also be a focus on British cuisine, but more of the upscale kind. Gordon Ramsay’s “Gordon Ramsay Pub & Grill” will be featured, and an all-day restaurant named “Churchill’s Table” will also be on offer.

“We would like to present as authentic, the feel of London to them.”

Wong concluded that renovations are moving ahead “on schedule,” but could not comment on when the final touches would be completed. He did suggest though that portions of it will open “progressively over 2020 and 2021.” The operator was initially expected to spend $1.1 billion on the operation, but that estimate has since doubled.

Renovations started in mid-March, when visitors started noticing portions of the Sands Cotai Central were slowly being shut-off to them, and London-themed billboards were going up around the resort.