One of the minority shareholders of the Studio City casino resort is having a little bit of a money problem. New Cotai Holdings, along with three of its affiliated debtors, have applied for Chapter 11 bankruptcy protection in the U.S., hoping to buy it some time to figure out where it went wrong. 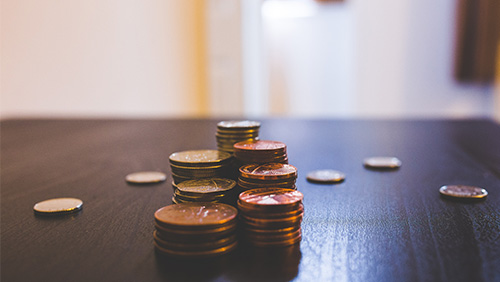 New Cotai reportedly has at least 20 creditors, according to court documents for the bankruptcy, which was filed in the U.S. Bankruptcy Court for the Southern District of New York. The company and its affiliated debtors have liabilities that range from between $500 million and $1 billion and has run into trouble meeting certain financial obligations.

Some of those obligations include an agreement note worth $856 million. New Cotai hasn’t able to negotiate a deal with the holders of the debt and some of the unsecured notes came due on Wednesday. The company wasn’t able to cover the notes, in part prompting the decision to file for Chapter 11.

The filing wasn’t unexpected by industry analysts. In response to the news, the Sanford C. Bernstein brokerage said on Thursday, “A bankruptcy of New Cotai has been expected as the New Cotai payment-in-kind notes came due and New Cotai has no funds to redeem the notes.”

New Cotai blamed the lack of performance on “unanticipated declines in the Macau gaming market,” as well as having to lay out $300 million in construction costs that hadn’t been included in the budget. It also blamed the Macau government, saying that the number of gaming tables allocated for Studio City was lower than what it has expected. Studio City itself is to blame, as well, since it has had to push back the completion of Phase 2 construction from 2018 to July 2021.

The Bernstein analysts further offered, “The underlying assets of New Cotai (consisting principally of the 23-percent interest in Studio City Holdings International) are not sufficient to cover the full redemption cost” of the notes that are now due. They added, “In our view, a buyout of the Studio City minority shareholders (in whole or in part) is not very likely in the near term… There is a belief held by some investors that the bankruptcy may precipitate Melco [Resorts] doing a buyout of the stake in Macau Studio City it does not own. However, this is far from certain and may not happen for some time (or ever).”