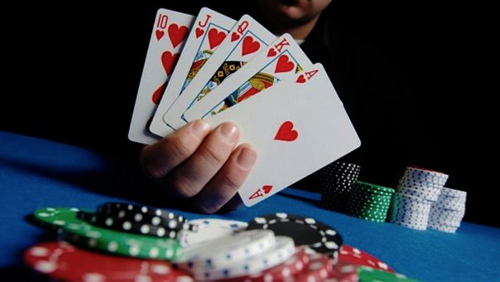 The schedule for the 11th World Series of Poker Europe is out with ten bracelets up for grabs, €14m in prize money, and six events allowing unlimited re-entry.

The partypoker hierarchy may be fans of ‘pure’ tournament poker, but their business partners don’t share the same enthusiasm. The King’s Resort and World Series of Poker (WSOP) have released the schedule for the 11th iteration of the World Series of Poker Europe (WSOPE), and you had better start saving your pennies.

The Rolling Stone of Rozvadov, the Kings Resort, will be the busiest place in the poker world between October 13 and November 4, when players ring the doorbell hoping to compete for one of ten gold bracelets, €14m in guaranteed prize money, and WSOP Player of the Year honours.

The buy-ins range between €350 and €100,000 giving the impression that there’s something for everyone no matter what your home looks like beneath the streetlights, but don’t let that range fool you – this one’s for the rich and famous.

Of the ten events, six of them allow unlimited re-entry, including the €100,000 buy-in Diamond High Roller and €25,500 buy-in Platinum High Roller. 100% of the other four contests provide at least one more life should someone shove a syringe full of arsenic into your jugular.

The steam-powered locomotive standing in this particular railway station is the €10,000 buy-in, €5m GTD Main Event. Here is a reminder of the previous winners:

It’s the third year that the King’s Resort hosts the WSOPE, and as you can tell from the numbers, it seems like an excellent fit, although the relationship signalled the start of the ‘bust starting flight A, re-enter starting flight B,’ rule that was always going to see a hike in attendances.

What’s your opinion on the decision to create a schedule with so many opportunities to re-enter events once busted?​