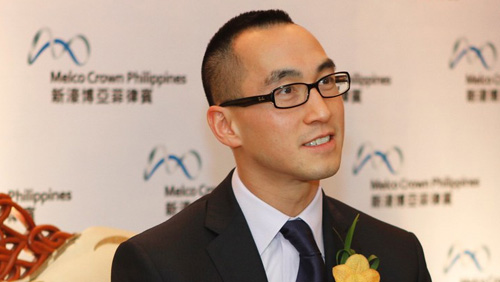 Lawrence Ho, the CEO, chairman and executive director of Melco Resorts and Entertainment Ltd., can’t complain about his salary from last year, unless he believes $14.99 million is something to complain about. Of course, he could always gripe about the fact that it was about 6.5% less than the $15.97 million he received just a year earlier. Financial hardship is approaching.

According to a filing with U.S. Securities and Exchange Commission (SEC) from this past Wednesday, Melco indicated that Ho was given $3.75 million in salary and benefits. He was also given $8.41 million in share-based compensation, over $2.83 million in performance bonuses and $2,000 in contributions to his retirement plan. The filing also indicated that all of the Melco directors earned a combined $17.42 million for their efforts in 2018.

The income package comes as Melco reported a net profit of $351.5 million last year, about $3.5 million more than the $347 million a year earlier. However, net revenue dropped from $5.3 billion to $5.2 billion year-on-year.

As of the end of this past March, Ho controlled 54.05% of Melco’s ordinary shares that entitle him to share dividends paid by the company. Another 0.95% is held by the executive through vested restricted shares or through the exercise of options that have been granted to him.

In 2017, Ho earned almost $3.55 million in salary and other benefits and an additional $6.65 million in performance bonuses. The same $2,000 seen last year was given to his retirement plan and he also received more than $5.77 million in share-based compensation.

Melco controls three properties in Macau—the Altira Macau, Studio City and City of Dreams Macau. It also operates, through one of its subsidiaries, the City of Dreams Manila in the Philippines. The next stop planned by the company is Japan, and it is already gearing up to enter the bidding wars for one of the initial three licenses that will be offered for an integrated resort in the country.

Earlier this month, Melco presented Ho with a new batch of shares in the company. He was given 409,076 Restricted ADS Shares under an incentive plan that will see half of them vest on April 1, 2021 and the other half a year later. Those shares represent about 0.09% of the shares issued by Melco to date and have a current market value of around $9.9 million.