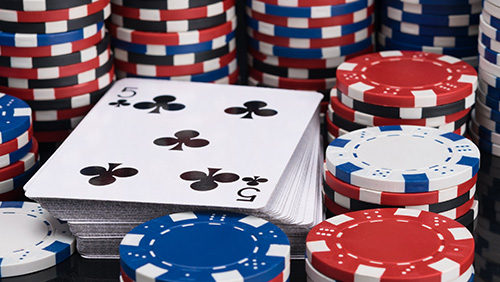 Exceptional performances from the world of online poker including a unique achievement in the PokerStars Sunday Million, a bullet in the Blade Series, and the World Number #1 live multi-table tournament player shows his online skills.

In other sports, games, let’s not argue about that one here, the tournament organiser would have held a press conference for what happened on PokerStars this weekend.

The man or woman going by the name ‘Lucky_Jew_17’ took down the $109 buy-in, $1m GTD Sunday Million for the second successive month. To do it once takes incredible skill or an incredible amount of time at the altar. To do it twice makes you think those American and Asian lawmakers that believe poker is a game of chance might be full of horse shit.

On Sunday, March 3, ‘Lucky_Jew_17’, defeated a field of 11,525 entrants to win the $117,222 top prize in the game’s most prestigious weekly event. Then, on the weekend, he did it again, only this time the feat was even more incredible than watching a man slip one into a hornet’s nest as ‘Lucky_Jew_17’ defeated the former PocketFives World #1 Niklas ‘lena900’ Astedt at the end of a gruelling grind that saw him conquer a field of 11,212 entrants to bank another $114,039.

Another big winner on PokerStars this weekend was Jon ‘apestyles’ Van Fleet. The man with more than $10m in online MTT winnings took down the PokerStars $2,100 Sunday High Roller for $56,111. Lena900 also made that final table finishing fifth, and the world #5 hello_totti finished eighth. The tournament contained 128-entrants.

Finally, the Global Poker Index (GPI) World #1 showed that he could chew people up like kids chew straws on both the live and online felt. Alex ‘OUTFOXENYOU’ Foxen outsprinted a field of 222-players in the High Five #8 $80,000 GTD 8-Max on Americas Cardroom, collecting $19,272.60. It’s Foxen’s second big win on the site this month after taking down the $1k, $200k GTD event on April 1. beating 186-entrants to collect the $58,050 first prize. The man is no fool.